Drugmaker Merck & Co. has granted a free license allowing one of its HIV medicines to be made and sold inexpensively for use in young children in poor countries hard hit by the AIDS virus. 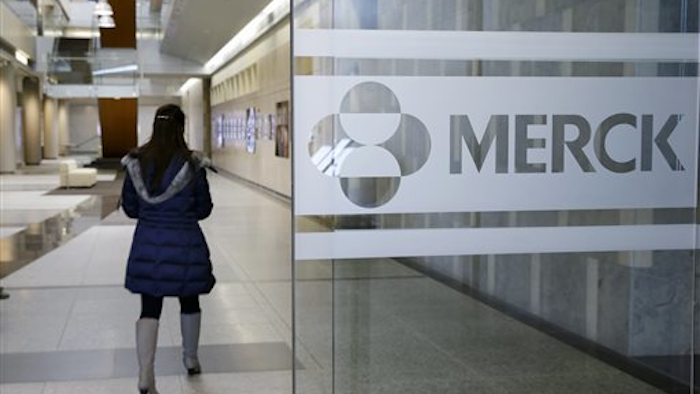 TRENTON, N.J. (AP) — Drugmaker Merck & Co. has granted a free license allowing one of its HIV medicines to be made and sold inexpensively for use in young children in poor countries hard hit by the AIDS virus.

The deal, announced Tuesday, lets any generic or brand name drug manufacturer make low-cost pediatric versions of Merck's raltegravir for sale in 92 low- and middle-income countries, according to the Medicines Patent Pool. The group, backed by the United Nations, works with brand-name drugmakers to find ways to make their HIV medicines still covered by patents available in developing countries for a fraction of the price charged in Europe or the United States.

Merck, based in Kenilworth, New Jersey, sells raltegravir under the brand name Isentress. In the U.S., it costs about $1,350 a month without insurance.

The patent pool is now starting to line up manufacturers to produce raltegravir for poor countries, where the patent runs until about 2022. Based on prior licensing deals made by the group, the pills could be priced between 47 percent and 87 percent less than Isentress now costs.

According to the Geneva-based organization, about 98 percent of children with HIV live in India, South Africa and other developing countries. That's because unlike in wealthier countries, their mothers aren't likely during their pregnancy to be tested for HIV and given medicines to prevent transmitting the virus during childbirth.

"Without antiretroviral therapy, 50 percent of infants living with HIV/AIDS will die by the age of 2, and 80 percent by the age of 5," Dr. Deborah Birx, U.S. global AIDS coordinator, said in a statement.

Few medicines are approved for children with HIV under age 3, but raltegravir is — for those as young as 4 weeks old.

The deal supports efforts by the Pediatric HIV Treatment Initiative, a collaboration including the patent pool and other health charities, to develop better medicines for HIV-infected children, including liquid and chewable forms easier to take than pills. Raltegravir already is available as chewable tablets and in a dissolvable powder.

Two months ago, the patent pool signed a similar license with AbbVie Inc. allowing use of inexpensive versions of its HIV medicines, lopinavir and ritonavir, for children. Those drugs are sold in combination pills under the brand names Aluvia and Kaletra.

The patent pool says Merck's medicine could become an alternative to the current initial HIV treatment for children and become part of future combination therapies for them. Meanwhile, raltegravir is now being tested for possible use in newborns.