The International Monetary Fund delivered a reassuring economic assessment of China on Friday, at the end of a week that saw the Chinese currency plummet and global stock markets buckle at the prospect of more bad news from the world's second-biggest economy. 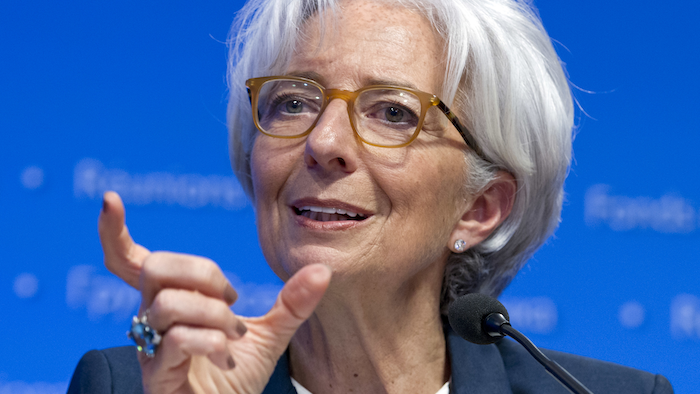 WASHINGTON (AP) — The International Monetary Fund delivered a reassuring economic assessment of China on Friday, at the end of a week that saw the Chinese currency plummet and global stock markets buckle at the prospect of more bad news from the world's second-biggest economy.

In its annual checkup of the Chinese economy, the IMF predicted China's economy would grow 6.8 percent this year and 6.3 percent in 2016, unchanged from previous forecasts. China last year registered 7.4 percent growth, already the slowest since 1990.

On Tuesday, China rattled global financial markets by devaluing its currency, the yuan, by 1.9 percent, biggest one-day drop in a decade. Beijing said the yuan was overvalued and the devaluation was meant to catch up to market forces, not counteract them. The IMF praised China for giving investors more say in its foreign-exchange rate.

But financial markets tumbled along with the yuan. Investors feared the devaluation meant that China's economy was weaker than expected and that Chinese authorities were desperately trying to jump-start growth. A lower yuan helps China's exporters by making their products cheaper around the world.

In its report, though, the IMF sounded relatively upbeat about China's economic prospects. It sees the country's economic deceleration as part of a deliberate plan to wean China from overdependence on exports and often-wasteful investment in real estate and factories, and toward slower but steadier growth built on consumer spending.

Steve Barnett, the IMF's division chief for China, Asia and the Pacific, told reporters that China's "labor market is holding up well" despite the slowdown. That's partly because the economy is shifting away from manufacturing and toward services, which employ more people.