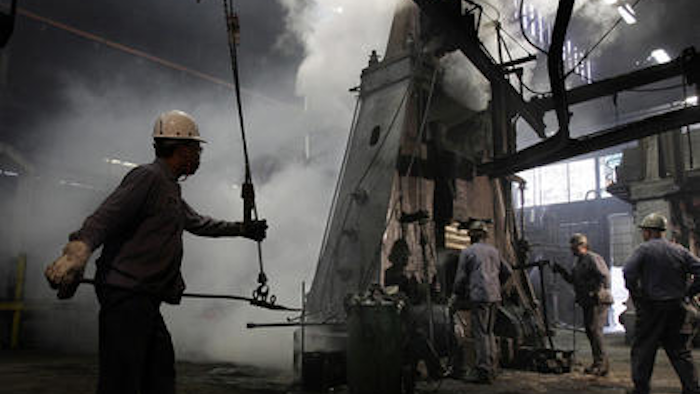 Thomas Gibson, a lobbyist for top steel companies, told The Wall Street Journalthat an undervalued yuan could cause "massive damage" to the U.S. manufacturing sector — and to steel in particular.