In ways large and small, plummeting oil prices are now reverberating through businesses, towns, schools and family budgets, causing confusion and changing plans. With prices having fallen by nearly half in just six months, the potential impact has been sudden and wide ranging. 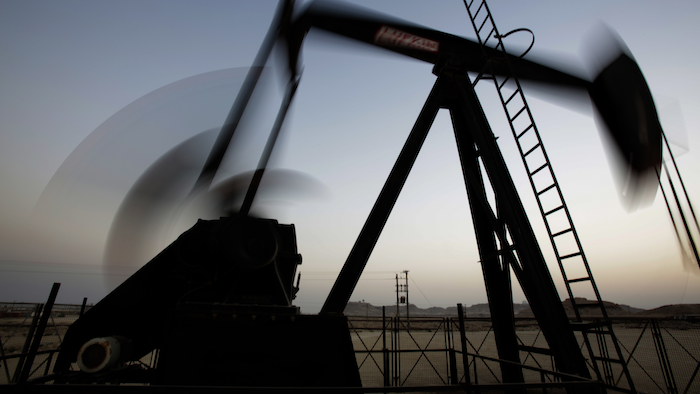 WASHINGTON (AP) — Cheap oil doesn't only mean cheaper gas in the tank. It means that a car dealer in Illinois is shuffling the inventory of models he'll be selling, that more students in Wisconsin may get school-provided iPads, that some planned projects in a Southern California city will get delayed, and that some expected oilfield hiring in North Dakota and Texas may not happen.

In ways large and small, plummeting oil prices are now reverberating through businesses, towns, schools and family budgets, causing confusion and changing plans. With prices having fallen by nearly half in just six months, the potential impact has been sudden and wide ranging.

"I'm always chasing my tail," said Ron Hicks, who has sold cars for 10 years in Galesburg, Illinois, and overall for 38 years, and suddenly finds himself with too many smaller fuel-efficient cars on his City Select lot when trucks and sports cars might sell better. "I need to be smarter even than I've been in the past. I need to find the balance."

Fuel is a major cost item for many businesses and local governments, and the recent changes are upending budgets that were drafted month ago and used to plan hiring and authorize projects for 2015. For a medium-sized city with police cars and garbage trucks to fuel, gasoline costs can amount to several hundred thousand dollars annually.

But oil is also a revenue source in more than two dozen states, especially for about a third of them. In Alaska, where up to 90 percent of the budget is funded by oil, new Gov. Bill Walker has ordered agency heads to start identifying spending cuts.

"This pullback caught most everyone by surprise," Brian M. Youngberg, a senior energy analyst for Edward Jones wrote in analysis last week.

The stakes are especially high for transportation companies. But at Delta Airlines, which now projects $1.7 billion in fuel savings in 2015, no adjustments are envisioned, at least in ticket prices.

"When it comes lower, hang on to all of it," Delta CEO Richard Anderson told investors in December about likely profits. "That's kind of our philosophy."

In states like North Dakota, Oklahoma and Texas, which have reaped the benefits of a domestic oil boom, the retrenchment is beginning.

"Drilling budgets are being slashed across the board," said Ron Ness, president of the North Dakota Petroleum Council, which represents more than 500 companies working in the state's Bakken oil patch.

In Houston, the self-declared "Energy Capital of the World," the local Association of Realtors predicts home sales will slide between 10 and 12 percent in 2015.

A handful of housing projects being built on the fringes of the Bakken oil patch in North Dakota have paused or slowed down as developers reassess.

But because of the "flying pace" of growth, a slowdown actually could be healthy, said Rob Lindberg, director of a group that promotes business growth in western North Dakota.

In many cities, budgets are back on the drawing board.

In Long Beach, California, where man-made islands built to pump oil sit just off shore, the city is deciding which capital projects can still move forward. Oil revenue pays for the basketball courts, pools and other amenities on the waterfront, but there is only $95 million on hand for $232 million in work authorized.

"You ask anyone on the street, including here in Long Beach, they're excited that they're paying less at the gas pump," said Mayor Robert Garcia. "But we do rely on oil particularly for these capital projects."

But in the West Allis-West Milwaukee school district in Wisconsin, $16,000 in unexpected fuel savings is accelerating an initiative to provide iPads for all 10,000 students.

"It's definitely better to be able to use that money on textbooks and instructional materials in classrooms rather than gasoline," said Interim Superintendent Paul Strobel.

And a $50,000 fuel savings from the police fleet in Rochester, Minnesota, means a $350,000 budget shortfall suddenly got easier to navigate.

Lee Sapp, who runs a Ford dealership in Ashland, Nebraska, said he's wondering what the price drop will mean for his customers. It's not that simple, he said.

"If a guy thinks he needs an F150 or wants an F150, it's not going to make him switch to a Fusion," Sapp said referring to a popular Ford truck and a compact car.