Military and commercial vehicle maker AM General will start making Mercedes-Benz SUVs this summer under a new, multi-year contract with the German automaker. 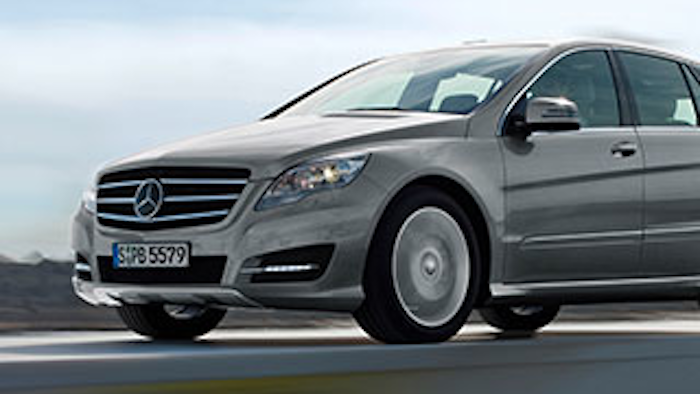 DETROIT (AP) — Military and commercial vehicle maker AM General will start making Mercedes-Benz SUVs this summer under a new, multi-year contract with the German automaker.

AM General will make the R-Class SUV at its commercial vehicle plant in Mishawaka, Indiana. The R-Class, which comes with six or seven seats, was briefly sold in the U.S. but has been sold exclusively in China since 2013.

Mercedes doesn't release sales numbers for individual models in China, but in a presentation last year the company said it sold 12,700 R-Class SUVs in 2013.

Mercedes says it needs to move production of the R-Class from its Tuscaloosa, Alabama, assembly plant to make way for a new SUV, the GLE Coupe, and increase production of other models to meet growing U.S. demand. Its U.S. sales rose 6.5 percent last year, faster than the industry average. Sales of its M-Class SUV, which is also made in Alabama, rose 13 percent.

"Plant Tuscaloosa needs all available production capacities for this segment," said Jason Hoff, President and CEO of Mercedes manufacturing in the U.S.

AM General spokesman Jeff Adams said his company, which is based in South Bend, Indiana, will hire and train several hundred workers to make the R-Class. The Mishawaka plant currently makes the MV-1, a wheelchair-accessible van. The plant is capable of producing 70,000 vehicles per year.

AM General is Mercedes' first and only contract manufacturer in the U.S., Adams said. But the company has made vehicles for other automakers. Mercedes' SUVs will be manufactured in the same plant where AM General built the Hummer H2, which it made for General Motors Co. until January 2009.

AM General also makes military vehicles at a second plant on the Mishawaka site. The company employs 1,500 workers at those plants plus others in Ohio and Michigan.

The agreement solves an increasingly difficult dilemma for automakers, who want to meet growing U.S. demand but are loathe to open more plants after shutting many down during the recession. U.S. auto sales rose 57 percent between 2009 and 2014.

The agreement also moves the work from a non-union plant to a union-represented one. The Alabama plant is Daimler AG's only non-union plant in the world, according to the United Auto Workers union, which has been trying to organize workers there. AM General's workers are represented by the UAW.