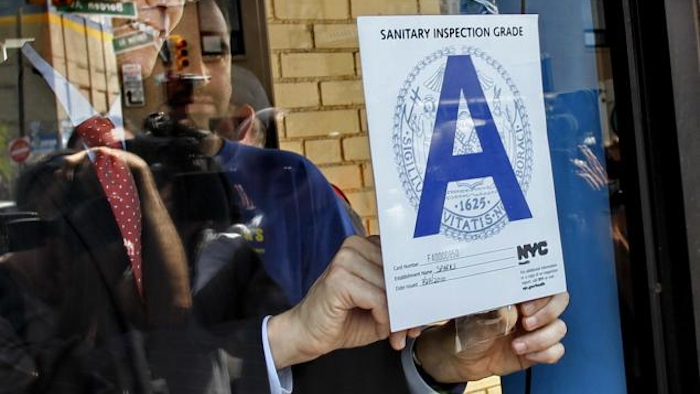 The backlog allowed 439 new establishments to open for business without a required initial inspection, the New York Comptroller's Office said in the audit report.

"Food safety is critical for the health and well-being of New Yorkers, but the Department of Agriculture and Markets is quickly falling behind in its responsibilities to make sure what the public is eating is safe," Comptroller Thomas DiNapoli said. Auditors recommended adjusting schedules, work practices and performance measures for inspector efficiency while prioritizing new businesses, noting that a sample of 45 had waited an average of six months.

Spokesman Joe Morrissey said the department "responds to 100% of the consumer complaints we receive and continues to test thousands of samples at our state-of-the-art food laboratory to make sure food products are up to New York's high standards. All inspections get completed but are prioritized — delayed inspections are mainly low-risk establishments like retail pharmacy chains."

The department's Division of Food Safety and Inspection is responsible for inspecting more than 31,000 establishments, among them beverage processors, food warehouses, fish processors, slaughterhouses, delis and food transporters.

From April 1, 2011, through June 4, 2013, the agency received more than 5,700 consumer complaints, and inspectors obtained nearly 3,900 food samples for safety testing. Auditors said most of those investigations are timely and confirmed the department's food sampling program is a nationally recognized leader.

However, they also found that as of June 4, inspections due for almost 5,000 establishments had not been completed. With 82 inspectors, that staffing is as much as 37 percent below the level recommended by the U.S. Food and Drug Administration, auditors said.

To meet requirements, inspectors would need to conduct 30,000 to 36,000 inspections annually, including re-inspections, or about 2.2 per day by each inspector, according to the report. Over the audit period, they completed an average of 1.7 inspections daily.

In a December response, Acting Commissioner James Bays wrote that the department was changing to a new electronic licensing program with a processing backlog that delayed initial inspections but was updating protocols expected to speed them up.

The inspectors on average are assigned 383 establishments each, inspection times can range from one hour to a full day depending on a business' size and locations, and some staff travel hundreds of miles, Bays wrote. While the department was confident it can improve productivity through performance measures, he said they are "less optimistic" of reaching the auditors' goals with current staffing.