Toyota's global sales of gasoline-electric hybrid vehicles have surpassed 5 million in a milestone for a technology that was initially greeted with skepticism. The Japanese automaker, which said Wednesday it had sold 5.125 million hybrid vehicles as of the end of March, started selling the Prius, the world's first mass produced hybrid passenger car, in 1997. 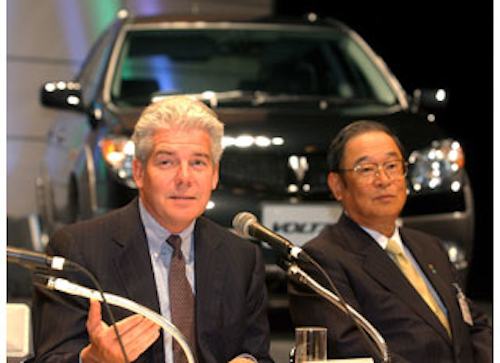 TOKYO (AP) -- Toyota's global sales of gasoline-electric hybrid vehicles have surpassed 5 million in a milestone for a technology that was initially greeted with skepticism.

The Japanese automaker, which said Wednesday it had sold 5.125 million hybrid vehicles as of the end of March, started selling the Prius, the world's first mass produced hybrid passenger car, in 1997. Gas-electric hybrids deliver fuel efficiency by switching back and forth between a gasoline engine and electric motor depending on speed and other driving conditions, and recharges as it travels.

"What an achievement for this technology to have grown this widespread," said Vice Chairman Takeshi Uchiyamada, known as "the father of the Prius" for having led the team that developed the hit model. "I believe there is a lot more room for this technology to grow," he told reporters at Toyota's Tokyo office Wednesday.

Toyota's hybrid vehicles now account for 14 percent of its global sales and 40 percent of its sales in Japan. Toyota Motor Corp. sells 19 hybrid passenger car models and one plug-in hybrid, and is promising 18 new hybrids from now through December 2015.

Uchiyamada recalled that expectations had been low for the hybrid to catch on.

The production plan had called for barely 1,000 cars a month, he said, and he had to beg to raise it to that from 300 a month. But when the Prius was announced, people were flocking to dealers in Japan to place their orders. And there wasn't even a sample model to check out yet in the showrooms.

When the Prius was launched in the U.S., it was again met with enthusiasm, by people Uchiyamada called "opinion leaders," including Hollywood stars.

It was almost all too good to be true, he recalled, as marketing experts had warned that Americans would likely not want a car like the Prius because gas prices were then relatively low.

Since then, gas prices have skyrocketed and nations around the world are grappling with pollution and global warming.

After the March 2011 quake, tsunami and nuclear disasters in Japan, hybrids found a new use, helping deliver electricity during blackouts in disaster zones.

The hybrid has been so successful the only obstacle for Toyota may be that many rivals are in the game now.

"Toyota has led the world on cost-effective fuel-saving hybrid technology for more than a decade, but the competition is really heating up," said David Friedman, senior engineer and deputy director of the clean vehicles program at the Union of Concerned Scientists in Washington, D.C.

"To stay ahead of the pack on hybrids," he said, "they will need to focus their hybrids on boosting fuel economy further and cutting costs, while picking up the pace in innovation in their conventional and electric cars."

The big growth in auto sales is coming these days from emerging markets, where hybrids have yet to catch on because of higher prices compared to gasoline-powered autos.

Uchiyamada acknowledged that costs will have to come down. But he said such nations were also growing concerned about energy efficiency and emissions and they need to offer incentives, or subsidies, for consumers so they can buy hybrids.

"Hybrids have now become a core technology," he said.