The U.S. hedge fund manager renowned for shaking up Yahoo Inc. has set his sights on Sony Corp., proposing that the Japanese electronics giant spin off up to 20 percent of its movie, TV and music division and use the money to strengthen its ailing device manufacturing unit. Sony rejected the plan, but analysts latched onto the idea as a way for Sony to unlock hidden value. 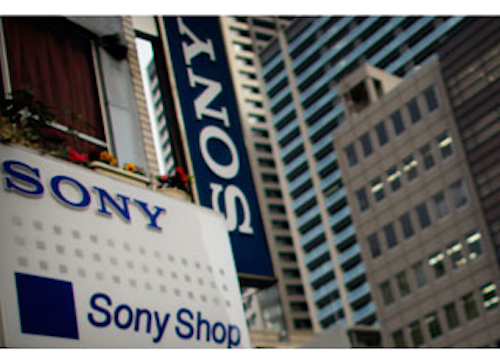 TOKYO (AP) — The U.S. hedge fund manager renowned for shaking up Yahoo Inc. has set his sights on Sony Corp., proposing that the Japanese electronics giant spin off up to 20 percent of its movie, TV and music division and use the money to strengthen its ailing device manufacturing unit. Sony rejected the plan, but analysts latched onto the idea as a way for Sony to unlock hidden value.

Loeb said that would allow the Japanese maker of PlayStation game machines and Bravia TV sets to fund improvements to its battered electronics operations and provide existing shareholders with a way to own one of Sony's most profitable businesses more directly.

Sony replied in a statement Tuesday that its entertainment business is not for sale, and stressed it is trying to strengthen both that division and its electronics operations.

"As president and CEO Kazuo Hirai has said repeatedly, the entertainment businesses are important contributors to Sony's growth and are not for sale," Sony said. "We look forward to continuing constructive dialogue with our shareholders as we pursue our strategy."

Pivotal Research Group analyst Brian Wieser said that becoming a separate company would allow Sony's entertainment division to grow and become more profitable. It would also focus investor attention on its assets, which would take on new value as a potential acquisition target for media companies like CBS Corp.

CBS spokesman Dana McClintock declined to comment on what he called "rumor and speculation."

"Buried inside of a bigger company, Sony has not been able to highlight the valuable businesses," Wieser wrote in a research note Tuesday.

Loeb's letter said that over 40 percent of Sony's enterprise value is tied up in its entertainment assets, but they are underperforming compared to their peers. If the division's profitability were raised to the industry average, it would add 625 billion yen ($6.1 billion) to Sony's market value, he said. With the rise in Sony's stock Tuesday, the company has a market capitalization of about $21 billion.

Sony grew from its modest foundation in post-World War II Japan in 1946 into a global powerhouse, and it expanded into the entertainment business three decades ago. The company behind the once-ubiquitous Walkman portable cassette player, which debuted in 1979, acquired CBS Records in 1988 and Columbia Pictures in 1989.

But Tokyo-based Sony is often criticized for its failure to take advantage of having both electronics and entertainment under its wing. Investors would like the company to be more like Apple Inc., which has made iTunes and its App Store integral to the success of its iPods, iPhones and iPads. Sony shares peaked in early 2000 at $157.38 and have never recovered. Some observers have pegged its decline to the debut of Apple's iPod in 2001.

Still, Sony's stock is up 86 percent in 2013. Like other exporters, it has benefited from the Japanese government's economic policies, which have weakened the yen and provided an instant boost to the earnings of Japanese companies on sales made abroad.

Sony has also attracted new investor attention recently after embarking on the sales of several assets. It sold its U.S. headquarters in New York for $1.1 billion in March, and a fraction of its interest in health care data provider M3 to Deutsche Bank in February, a move that helped boost the value of its remaining stake and generate a $1.3 billion one-time gain.

That sparked renewed speculation that the company is intent on reaping the value of its varied assets and perhaps spinning major divisions off.

"With the non-core assets that they sold, people speculated that they might do something more aggressive," said analyst Daniel Ernst with Hudson Square Research.

Following four straight years of red ink, Sony reported a profit of 43 billion yen ($434 million) in the fiscal year that ended in March.

It had suffered a loss of 457 billion yen ($5.7 billion) the previous year, which was the worst in the company's nearly seven-decade history.

Sony's electronics business has been ailing, particularly its TV division, which has lost money for nine straight years.

Sony fell behind in flat panel TVs, and has never been able to compete against Samsung Electronics Co. of South Korea in TVs as well as cheaper makers.

Outspoken investors like Loeb are still relatively rare in Japan. Major companies tend to have networks of shareholders such as banks and group companies. Resistance to big change is strong.

Shareholders' meetings, including those of Sony, tend to be boring affairs in which company agendas are rarely challenged, except in proposals that are quickly defeated or in rambling speeches by shareholders seen more as a nuisance than a real influence on policy.

But change could be in store. Japan is seeing a surge in global investment interest because of its recent policies of super-easy money and an inflation target designed to wrest its economy out of the doldrums.

In his letter, Loeb pointed to the "Abenomics" monetary policies of Prime Minister Shinzo Abe, who took office last year, which have buoyed Tokyo stocks and brought the yen down.

Loeb said Sony should seize on the opportunity provided by Abenomics to shore up its electronics business.

"Sony stands at the crossroads of compelling corporate opportunity and massive Japanese economic reform. Under Prime Minister Abe's leadership, Japan can regain its position as one of the world's pre-eminent economic powerhouses and manufacturing engines," he said.

Loeb said in his letter that his fund owns 64 million Sony shares, which is about a 6.5 percent stake in Sony.

The 51-year-old billionaire is perhaps best known for instigating a massive shake-up at Yahoo Inc., using his 5.8 percent stake to gain seats on the board. Loeb helped engineer the ouster of then-CEO Scott Thompson by revealing last May that Thompson did not have the computer science degree that was widely assumed. The ouster led to the eventual hiring of former Google Inc. executive Marissa Mayer as CEO last July. Since then, Yahoo shares have ralied about 70 percent.

Sony did not have the latest numbers on the fund's holdings, but confirmed it is a major shareholder.

"Sony has stood for innovative engineering and consumer satisfaction for decades," Loeb said. "Like many conglomerates we have invested in previously, Sony has two strong businesses facing different challenges side by side, each obscuring the other's true worth."

Supercomputers To Keep Recalls In Check