BlackBerry Slashes Jobs In Face Of $1B Loss

Blackberry says it will lay off 4,500 employees, or 40 percent of its global workforce, as it tries to slash costs by 50 percent and shift its focus back to competing mainly for the business customers most loyal to its brand. 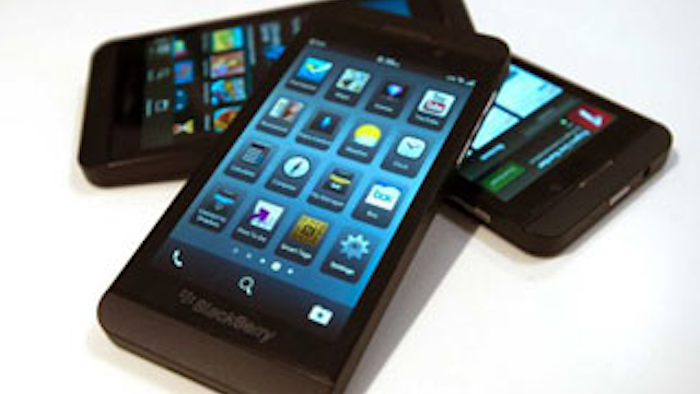 TORONTO (AP) -- It was once so addictive it inspired the nickname "CrackBerry." President Barack Obama confessed to being among the millions of devotees who couldn't bear to stop tapping feverishly away on its tiny keyboard. Madonna once said she slept with hers under her pillow.

Then came the iPhone.

Users newly addicted to Facebook and photo-sharing and Angry Birds started flirting with the opposition. And as more smartphones flooded the market with their supersize Samsung screens and thousands of apps, the BlackBerry failed to keep up with the flash.

This year's launch of BlackBerry 10, its revamped operating system, and fancier new devices — the touchscreen Z10 and Q10 for keyboard loyalists — was supposed to rejuvenate the brand and lure customers. But the much-delayed phones have failed to turn the company around. At their peak in the fall of 2009, BlackBerry's smartphones enjoyed global market share of over 20 percent, says Mike Walkley, an analyst with Canaccord Genuity. Their piece of the pie has since evaporated to just 1.5 percent.

Now the company says it will lay off 4,500 employees, or 40 percent of its global workforce, as it tries to slash costs by 50 percent and shift its focus back to competing mainly for the business customers most loyal to its brand. A week earlier than expected, BlackBerry surprised the market by reporting Friday that it lost nearly $1 billion in the second quarter. It's booking over $900 million in charges to write down the value of its glut of unsold smartphones.

Shares were halted pending the news. They plunged as low as $8.01 when the stock reopened for trading, before closing down 17 percent at $8.72.

"This is the end of the BlackBerry as we know it," BGC analyst Colin Gillis said from New York. "This is a major pivot. They are cutting half of their employees and they're going to focus on becoming a niche player focused on the enterprise."

Gillis said he doesn't expect to see a BlackBerry advertisement on television again.

He said it might be more interesting for a prospective buyer, though, now that that it has announced the restructuring. Gillis thinks it's possible that BlackBerry could survive as a much smaller player. At the end of the second quarter, the company had total cash and investments of about $2.6 billion and no debt.

"That's probably the feedback they've been getting. They don't do all this if you have a buyer lined up," Gillis said. "Some of the actions may have been driven by feedback by potential buyers down the road. Nobody wants to come in and buy the company and hold an all hands meeting and say, 'By the way, half of you are fired.'"

Gillis said he can't understand why BlackBerry would release the earnings late Friday, a week early. "That's abysmal," he said. "Did you really need to do it 3:15 p.m. on a Friday? Couldn't you have just waited a week or done it Monday morning?"

BlackBerry had been scheduled to release earnings next week. But the Waterloo, Ontario company surprised the market late Friday afternoon by announcing that it expects to post a staggering loss of $950 million to $995 million for the quarter, including a massive $930 million to $960 million write-down of the value of its inventory. Revenue of $1.6 billion is only about half of the $3 billion that analysts expected, according to FactSet. The company's expected adjusted loss of 47 cents to 51 cents per share falls far below the loss of 16 cents per share projected by Wall Street.

BlackBerry said it wants to slash operating costs in half by the first quarter of 2015 so cutting its global headcount to 7,000 total employees is necessary. The company let 5,000 people go last year.

"We are implementing the difficult, but necessary operational changes announced today to address our position in a maturing and more competitive industry, and to drive the company toward profitability," Thorsten Heins, President and CEO of BlackBerry, said in a statement.

BlackBerry said last month that it would consider selling itself. The company reiterated Friday that a special committee of its board of directors continues to evaluate all options. The company said it plans to focus on offering only two high-end devices and two entry-level handsets going forward, with emphasis on the business market.

"Going forward, we plan to refocus our offering on our end-to-end solution of hardware, software and services for enterprises and the productive, professional end user," said Heins. "This puts us squarely on target with the customers that helped build BlackBerry into the leading brand today for enterprise security, manageability and reliability."

BlackBerry, formerly known as RIM, was once Canada's most valuable company with a market value of $83 billion in June 2008, but the stock has plummeted from over $140 share to less than $9. Its decline is evoking memories of Nortel, another Canadian tech giant, which ended up declaring bankruptcy in 2009.

Of BlackBerry's remaining employees, thousands live in Waterloo, a university town 90 minutes' drive from Toronto, where everyone seems to know someone who works for the company. Residents have said they've been talking about the company in hushed tones for the past few years.

"Our thoughts are with those who have lost their jobs at BlackBerry, it is always a cause for concern for our Government," Canadian Industry Minister James Moore said in a statement.