Work hard, be honest and address problems quickly so they don't grow. That is the message that new General Motors CEO Mary Barra gave University of Michigan graduates at a commencement ceremony Saturday. 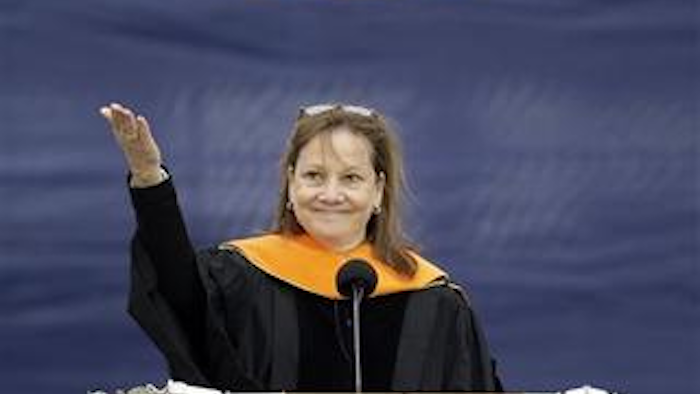 "Remember that hope is not a strategy," she said. "Problems don't go away when you ignore them — they get bigger."

Barra also urged the students to be honest in every aspect of their lives, and to use their optimism and propensity for inclusion to rethink outdated assumptions and expose and correct injustice. She also told them to keep friends and family close to celebrate good times and for support during tough times.

Two university groups objected to the university's decision to invite Barra to speak. The Graduate Employees Organization passed a resolution asking the school to rescind the invitation due to the recall. It was supported by the Student Union of Michigan.

ISM: Solid Numbers All Around