China's president has told the country to get used to slower growth, damping expectations of a new stimulus. 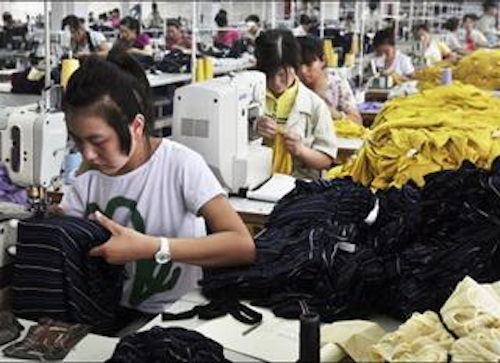 BEIJING (AP) -- China's president has told the country to get used to slower growth, damping expectations of a new stimulus.

President Xi Jinping's weekend comments come amid weakening trade and manufacturing. Economic growth slowed in the latest quarter to 7.4 percent after last year's full-year expansion of 7.7 percent tied 2012 for the weakest performance since 1999.

"We must boost our confidence, adapt to the new normal condition based on the characteristics of China's economic growth in the current phase and stay cool-minded," Xi said, according to the official Xinhua News Agency.

The ruling Communist Party is trying to steer the economy to self-sustaining growth based on domestic consumption instead of trade and investment.

Other leaders have ruled out more stimulus, but unexpectedly weak demand for Chinese exports has forced Beijing to backtrack and launch mini-stimulus efforts last year and in March. Official plans call for annual trade growth of 7.5 percent but so far this year total imports and exports are down by 0.5 percent.

Analysts say the ruling party appears willing to accept economic growth below its 7.5 percent target this year so long as the rate of creation of new jobs stays high enough to avoid political tensions.

Speaking during a visit to the central province of Henan, Xi said Saturday the government will focus on longer-term reforms aimed at stabilizing growth.

"This is the clearest sign I have seen that a broad-base monetary stimulus to elevate that current slowdown will not eventuate," said Evan Lucas of IG Markets in a report.