The heat may finally be going out of a confrontation between a chili-sauce maker and a Los Angeles suburb. 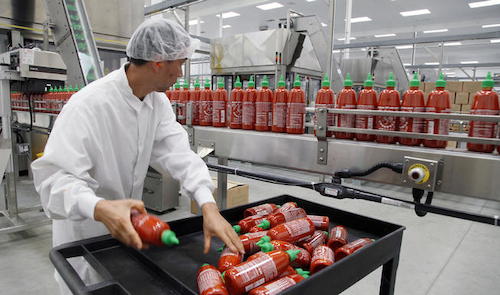 IRWINDALE, Calif. (AP) -- The heat may finally be going out of a confrontation between a chili-sauce maker and a Los Angeles suburb.

The city has been squabbling with the company for months after residents complained that spicy odors burned their throats and eyes.

Tran says he installed stronger filters at the plant, and he's confident they will block fumes when the chili-grinding season begins in August.

Lawsuit Likely To Grant Average Of $4k To Tech Workers

MAPI: Despite Some Drops, Durable Goods To Grow Soon