Meg Whitman, who oversaw the breakup of one of Silicon Valley's pioneering companies, is stepping down as CEO of Hewlett Packard Enterprise Co. 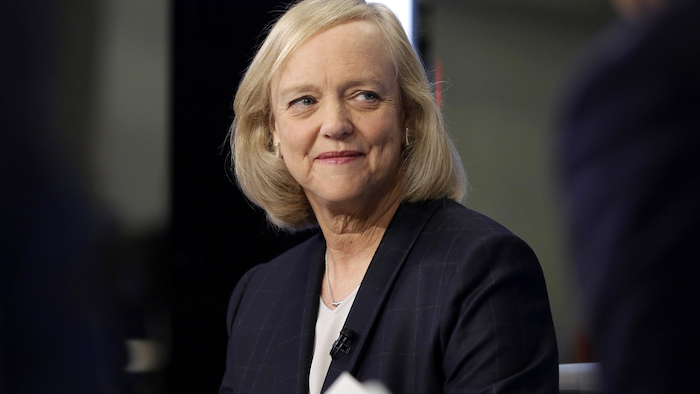 NEW YORK (AP) — Meg Whitman, who oversaw the breakup of one of Silicon Valley's pioneering companies, is stepping down as CEO of Hewlett Packard Enterprise Co.

HPE said Tuesday that Whitman will hand over the reins of the company to its president, Antonio Neri, on Feb. 1.

Whitman, 61, took over in 2011 at the former Hewlett-Packard Co., a company founded in 1939 and for years a tech bellwether. But it had struggled to keep up with industry trends toward mobile and cloud computing, shedding thousands of jobs in the process.

In 2015, Hewlett Packard was split in two: one company, HP Inc., sells PCs and printers. The other led by Whitman, HPE, is focused on selling data-center hardware and other commercial tech gear to other big organizations.

Since the breakup, Palo Alto, California-based HPE has furthered its transformation, spinning off a big chunk of its business software line-up last year in an $8.8 billion deal with Micro Focus International PLC.

Both Whitman and Neri, 50, will serve on HPE's board.

Whitman said Tuesday she plans on taking "a little bit of downtime" after a 35-year career. And she ruled out working for a competitor.

She was in the running to replace Travis Kalanick as the CEO of ride-hailing app Uber but that job went to Dara Khosrowshahi in August.

Before HP, Whitman served as chief executive of eBay Inc., a company she steered from a fledgling startup with just 30 employees into a household name beginning in 1998 until 2008. She also ran an unsuccessful California gubernatorial campaign, which cost her $144 million.

Forbes recently listed her net worth as $3.2 billion. That makes her No. 6 on the magazine's list of U.S. women who made their fortunes.