Foxconn Technology Group is being enticed to come to Wisconsin with numerous regulatory waivers, raising concerns from environmentalists who are wary of the company's reputation in China, where it has been accused of polluting rivers. 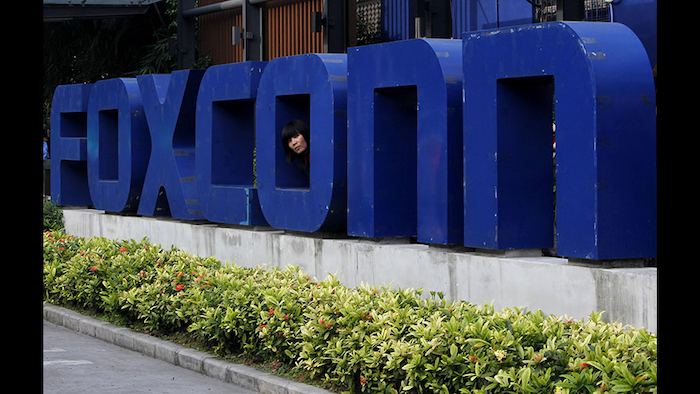 Foxconn Technology Group is being enticed to come to Wisconsin with numerous regulatory waivers, raising concerns from environmentalists who are wary of the company's reputation in China, where it has been accused of polluting rivers.

The Taiwan-based company best known for manufacturing Apple products insists that its new plant won't damage the environment. Regulators say they're simply streamlining the process for the company to set up shop, while still policing its activities.

But this being Foxconn's first plant in the U.S., the assurances from the company and its supporters have done little to quell worries about the long-term impacts to wetlands and the state's waterways. Foxconn would be producing liquid crystal display panels, or LCDs, for computers, televisions and other devices.

Making LCDs requires heavy metals such as mercury, cadmium, chromium, zinc and copper, said Peter Adriaens, professor of environmental engineering at the University of Michigan. But companies in China don't have the same disclosure requirements as companies in the U.S. for the materials they use, Adriaens said.

"We know that outside manufacturing plants of Foxconn, rivers are very polluted," he said. Less stringent oversight in China makes it difficult to know for certain if Foxconn is responsible, but, he added: "The correlation is very strong, let's put it that way."

Foxconn told The Associated Press that it is committed to "minimizing the negative impact of our operations on the environment."

"In line with this, we will be implementing measures for our Wisconsin campus in areas, including environmentally friendly product design, carbon emission reduction, process management, energy efficiency and resource management, and supply chain management, among others," the company said in a statement.

The company also said it has "a very good environmental record in China and in all other locations where we do business" and that "as part of our effort to create a sustainable business, we invest in improving our capabilities in processing waste, wastewater, and emissions."

With the help of President Donald Trump, Republican Gov. Scott Walker was instrumental in persuading Foxconn to pick Wisconsin for its plant over several other states. The project, which still needs legislative approval, could have a huge economic impact: Foxconn said it may spend up to $10 billion and eventually hire 13,000 people in exchange for $3 billion in tax credits.

Along with financial incentives, Wisconsin lawmakers are considering allowing Foxconn to discharge materials into wetlands, fill lakebeds to create more land and reroute streams during construction and operation without obtaining permits from state regulators. Under the legislation, Foxconn also wouldn't have to provide an environmental impact statement for the 20 million-square-foot (1.86 million-square-meter) campus it plans to build in southeastern Wisconsin.

Walker's administration has said the waivers would ensure that construction begins in 2020 but that the company would still have to abide by the usual state and federal environmental standards. And for every 1 acre (0.4 hectare) of wetlands that is lost, the legislation would require Foxconn to restore 2 acres (0.8 hectare) of wetlands—more than current law, which stipulates 1.2 acres (0.5 hectare) restored for every acre lost.

The company also would still need a federal Clean Water Act permit to discharge wastewater and would have to abide by air quality and hazardous waste standards through permits.

"The Department of Natural Resources and Army Corps of Engineers will have oversight throughout the construction process of this facility and during the operation of the facility," said Scott Neitzel, the secretary of the Department of Administration, told lawmakers during a hearing this week.

The state Assembly has approved the financial and environmental proposals, but they still haven't cleared the state Senate, where they could be modified. As things stand, environmentalists warn that the exemptions, while intended to speed up the process, can actually delay the project with lawsuits, said Melissa Scanlan, a Vermont Law School professor and the founder of the Midwest Environmental Advocates.

"If they're looking a speedier way, it would be to follow the permitting process," said Scanlan, who argues that the exemptions violate the state's constitutional "public trust doctrine," which makes legislators and the governor responsible for the state's waters and wetlands.

Adriaens said there are some things the public can expect from the plant.