Hunters could soon target grizzly bears from the air on Alaska's federal lands. Internet providers may get to sell the browsing habits of their customers. 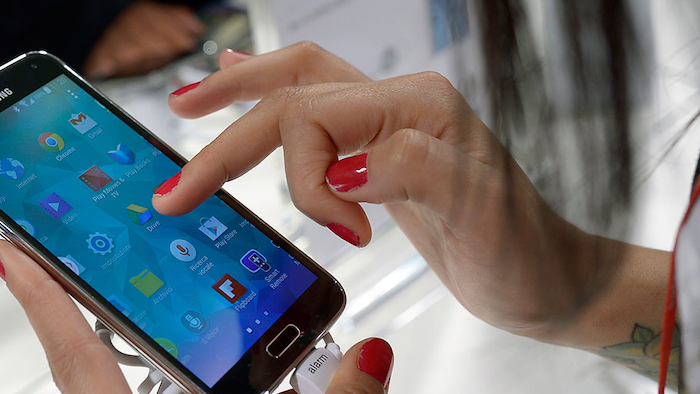 WASHINGTON (AP) — Hunters could soon target grizzly bears from the air on Alaska's federal lands. Internet providers may get to sell the browsing habits of their customers. States will be able to deny federal family planning money to Planned Parenthood and other abortion providers.

Citing states' rights, jobs and the right to bear arms, congressional Republicans are reversing dozens of Obama-era rules affecting the environment, education and the energy sector. The GOP is using a largely unknown but highly effective legislative tool that allows a simple majority in the House and Senate to overturn regulations that often took years to craft.

Indeed, with an overhaul of health insurance going off the rails, Republicans are left pointing to the repeal of various government regulations as their crowning legislative achievement after some 70 days at work. The GOP casts the effort as overturning eight years of excessive government regulation and boosting business.

"These things will help get people back to work, and after years of sluggish growth, give a real boost to our economy," Speaker Paul Ryan, R-Wis., said this past week.

The president has signed eight resolutions revoking regulations issued during the final months of Democrat Barack Obama's presidency. Six resolutions have cleared Congress and are awaiting the president's signature. A couple dozen more are on deck, with last Thursday the deadline for filing more.

Trump has signed measures eliminating requirements that mining and oil companies report payments made to foreign governments. The rule was designed to shine a light on how much money foreign governments received for their nation's resources, thus reducing the prospect of corruption.

He also signed another measure reversing an Obama plan to prevent coal mining debris from being dumped into nearby streams.

"These actions from Congress and the president are giving hope to businesses that they haven't had in a long time," said Rep. Kevin Brady, R-Texas, chairman of the Ways and Means Committee.

Democratic Leader Nancy Pelosi scoffed at the notion that Republicans were accomplishing anything with the regulatory repeals "because they do not meet the needs of the American people."

"They are about trickle-down. Their life is about giving more money to the high-end and to corporate interests, maybe it will trickle down, that would be good, but if it doesn't, so be it, that's the free market," Pelosi said.

Robert Weissman, president of Public Citizen, a consumer advocacy group, said the regulatory repeals Congress pushed through will actually damage the economy more than it helps. He said that eliminating the stream protection rule may help coal companies, but it hurts other companies that stand to gain through healthier streams and water supplies.

"If you look across the terrain of the Congressional Review Act resolutions, they are repeals of public measures that help, consumers, workers and the environment in very substantial ways, but are opposed by powerful corporate interests," Weissman said. "The Republicans driving these measures are paying back their corporate benefactors at the expense of the public."

In some cases, the regulatory repeal efforts have had nothing to do with the economy, but addressed hot-button social issues that so often dominate Washington politics.

Republicans blocked a Social Security Administration rule that would have prevented tens of thousands of mentally disabled beneficiaries from being able to purchase a firearm. The rule was targeted specifically at those beneficiaries with mental disorders who have a third party manage their financial benefits, and it was opposed by the NRA and several advocacy groups for the disabled.

The latest repeal effort clearing both chambers required Republicans to bring Vice President Mike Pence to the Capitol so he could cast the tie-breaking vote on the abortion issue. The scrapping of the Health and Human Services rule gave states the go-ahead to deny federal family planning money to Planned Parenthood and other abortion providers.

One of the more closely contested repeals would kill an online privacy regulation. Fifteen Republicans sided with Democrats in opposing the repeal, which Pelosi said would allow internet providers to sell personal information without a user's consent. "You should be very, very scared," she said.

The ability of Congress to void regulations with a simple majority was created in 1996 when Congress passed the Congressional Review Act.

In the 20 years since, Congress was only able to use it once to repeal a regulation. Congress sent five repeal resolutions to Obama, but he vetoed each of them. Trump made clear early on that he would back the efforts of the GOP-led Congress.

"I will keep working with Congress, with every agency, and most importantly with the American people until we eliminate every unnecessary, harmful and job-killing regulation that we can find," Trump said this past week. "We have a lot more coming."

The U.S. Chamber of Commerce has encouraged the regulatory rollbacks, weighing in with lawmakers on efforts affecting internet providers, federal contractors and energy companies. Neil Bradley, a senior vice president at the Chamber, acknowledges that it's hard to say how many jobs are created or saved through the repeal of one particular rule, but he says employers of all sizes tell the chamber government regulations are a top concern that makes it harder for them to flourish.

"Any time we can roll back these regulations is another step forward to restoring the economic growth that I think is the top priority of the American people," Bradley said.