Blue Bell Creameries says it has entered a voluntary agreement with the Alabama Department of Public Health that includes requiring the company to inform the state whenever there is a positive test result for listeria in its products or ingredients. 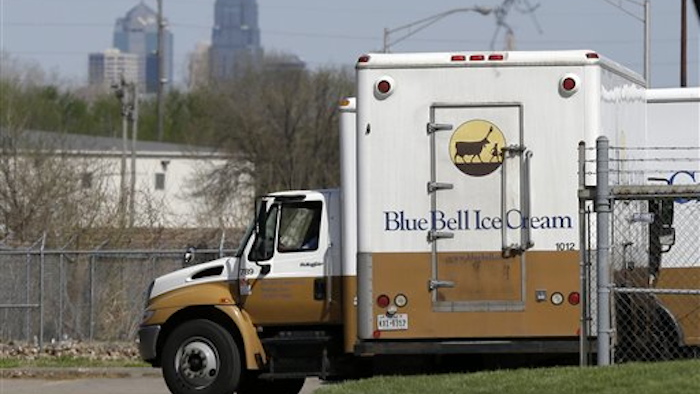 Montgomery, Alabama — Blue Bell Creameries says it has entered a voluntary agreement with the Alabama Department of Public Health that includes requiring the company to inform the state whenever there is a positive test result for listeria in its products or ingredients.

The Alabama agreement is similar to those the company reached last month with regulatory agencies in Texas and Oklahoma. Blue Bell has plants in the three states.

The agreements follow the Brenham, Texas-based company's failure to tell federal or state health officials of repeated findings of listeria at its Oklahoma plant dating back to 2013. All Blue Bell products were recalled and production at the company's plants was suspended in April.

Blue Bell CEO and President Paul Kruse said in a statement that he hopes the agreement will reassure the company's customers that the necessary steps are being taken to bring its ice cream back to the market.

"We are committed to making these changes so that we meet the high standards and expectations of our customers and our regulatory agencies. Blue Bell will also continue to work cooperatively and transparently with the U.S. Food and Drug Administration," Kruse said

Along with more general requirements, the agreement includes specific provisions to address listeria, including:

— Promptly notifying the Alabama Department of Public Health of any presumptive positive test result found in ingredients or finished product samples and giving state agencies full access to all testing.

— Ensuring that the company's pathogen monitoring program outlines how it will respond presumptive positive tests for listeria species.

— Instituting a "test and hold" program to assure that products are safe before they are shipped or sold.

"This will guide us back to producing the safe high-quality products that Blue Bell is known for," Kruse said. "We greatly appreciate the tremendous public support we have received, and we look forward to working with our regulatory agencies and returning to making ice cream as soon as possible."