Fracking operations in northern Texas are emitting much more of a potent greenhouse gas than previously estimated, according to new research by University of Houston chemists. 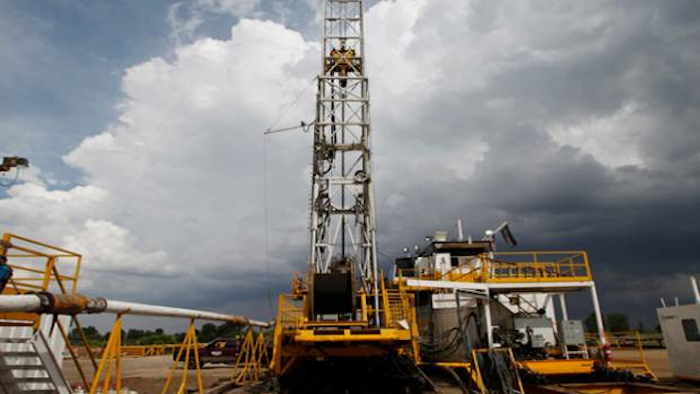 ​Fracking operations in northern Texas are emitting much more of a potent greenhouse gas than previously estimated, according to new research by University of Houston chemists.

UH researchers authored a series of studies on methane emissions in the Barnett shale formation in the journal Environmental Science & Technology. The formation comprises the Dallas-Fort Worth area and counties to the west and south.

Fracking helped dramatically increase the amount of natural gas produced in the Barnett formation and nationwide over the last decade.

Supporters of continued natural gas development frequently pointed out that the gas burns cleaner than coal, but the process of drilling and transporting natural gas releases methane, which has the potential for a far larger impact on global warming than carbon dioxide.

Leaks from the two plants and 13 compressor stations were considerably higher than those from the 125 well pads; the median emission rate across all facilities was 2.1 percent.

The study said individual sites with high loss rates would make natural gas worse for climate change than coal in the short term.

Robert Talbot, a UH chemistry professor and lead author of the paper, attributed some of the high emissions levels to human error and noted that some sites with broken valves or open hatches could be left unattended for weeks afterward.

The researchers stressed the importance of determining the overall prevalence of high-emission sites across the fracking industry.

The study was coordinated by advocacy group the Environmental Defense Fund with funding from the Alfred P. Sloan Foundation.