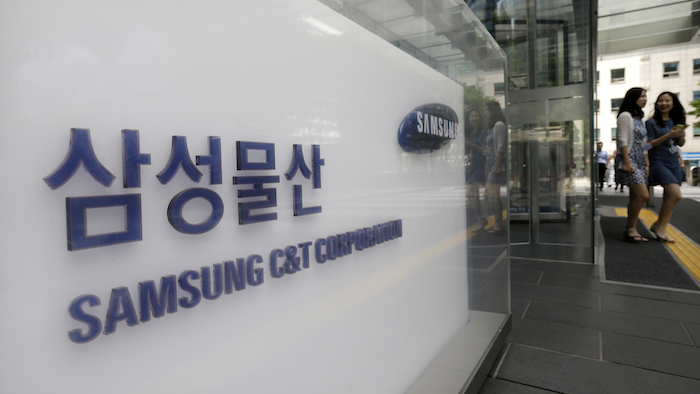 Samsung construction company Samsung C&T said that 69.5 percent of shareholders who voted supported the takeover of it by another Samsung company, Cheil Industries.

The takeover needed two thirds of votes cast for approval. Market watchers expected a close vote after Elliott Associates, an American hedge fund that is the third largest shareholder in C&T, rallied opposition against the deal that it called unfair.

Lee Jae-yong, the son of Samsung's ailing chairman, is assuming a bigger leadership role at the South Korean conglomerate but lacks a significant stake in its flagship Samsung Electronics. The all-stock takeover of C&T by Cheil will give him that stake without having to spend billions of dollars to buy it from other shareholders.

The outcome of the vote is likely to take a toll on South Korea's reputation overseas as a fair place for investment.

The country has long faced criticism that the founding families of its big business groups known as chaebol exercise too much power over companies that have become publicly traded. Those concerns about poor governance and weak shareholder rights have resulted in foreign investors marking down the value of South Korean shares.

The global funds "who are looking to seek investment opportunities in Asia will divert their way from Korea even faster to China where there are more exciting growth opportunities," said Thomas Choi, founder of Third Square Investments, which does not own any shares in Cheil or Samsung C&T.

"Foreign investors would not want to take inherent management risk by investing in Korean companies with such poor corporate governance that lead to shareholders' value being exploited by the founding family members for their own benefit not shareholders," he said.

The heated debate before the vote showed shareholders were sharply divided. Those that opposed the deal said its terms were too favorable to shareholders at Cheil Industries, in which the Lee family is a major shareholder.

Elliott's attorneys tried to ease the concerns that it was threatening South Korea's national interest, emphasizing that the foreign fund was not trying to meddle with the Samsung group's restructuring but was speaking up for fairness.

The approval of the takeover does not necessarily mean full-hearted support from South Korean shareholders. Some said they supported the deal out of a sense of patriotism even though they believed its terms were unfair. South Korea has a history of hostility to foreign investors.

"People with C&T shares are crying and those with Cheil shares are smiling. It's too unfair," an elderly shareholder told the meeting before the vote. He said he would vote for the deal, but expressed displeasure with Samsung C&T board of directors.

"There are a lot of people who are just biting the bullet," he said.

Analysts said it would have been difficult for South Korean asset management companies to speak publicly against a deal that was supported by the country's most powerful business group. Samsung companies, including South Korea's largest life insurer Samsung Life Insurance, are clients or potential clients for many of them.

With few predicting the result with certainty, Samsung engaged in an all-out effort to drum up support. In the days leading up to the vote, Samsung C&T took out television and front-page newspaper ads asking shareholders to vote for the takeover.

Some of its last-ditch actions raised eyebrows. It mobilized employees to visit the workplaces and homes of shareholders with mango juice and watermelon. Some shareholders complained Samsung had shared their private information with Samsung employees.

Few bought Samsung's argument that the takeover would create business benefits. The deal was instead seen as crucial for the once-in-a-generation leadership transition underway at Samsung, which has accelerated since patriarch Lee Kun-hee, 73, was hospitalized after suffering a heart attack in May last year.

But Lee, 47, is a major shareholder in Cheil thanks to shares he was effectively gifted before the company went public. With Cheil's takeover of Samsung C&T, Lee will control its 4.1 percent stake in Samsung Electronics that would cost him about $6 billion if he had to buy the shares from other shareholders.