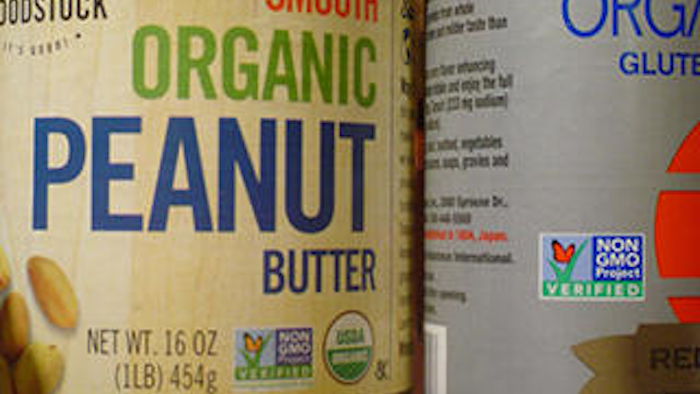 The letter was issued by the Coalition for Safe and Affordable Food ahead of an expected vote on the Safe and Accurate Food Labeling Act this week.

The legislation would create a voluntary labeling program — similar to the USDA label for organic foods — for foods made without genetically modified ingredients, but it would also prohibit states from imposing their own labeling standards.

READ MORE: Are you prepared for the reshaping of the food industry safety legislation?

The House Agriculture Committee passed the bill on a voice vote last week; passage in the Republican-controlled House is widely expected.

“By putting a stop to the patchwork of state-based labeling requirements, the Safe and Accurate Food Labeling Act will protect consumers from unpredictable price variations and protect farmers and food manufacturers from having to contend with inconsistent and costly regulations,” the coalition of 475 groups wrote in the letter.

Opponents of the law generally favor state labeling requirements and argue that consumers should be aware of the ingredients in food products. They've pinned their hopes for stopping the legislation on the Senate, where support among Democrats is uncertain, and the White House, where President Obama could issue a veto.

Vermont is currently the only state to enact a labeling mandate; it is scheduled to take effect next year but faces a pending lawsuit from an industry group. Maine and Connecticut passed similar laws, but they are contingent on neighboring states also enacting them.