China's manufacturing slumped to a 15-month low in July in a fresh sign of deterioration in the world's second biggest economy, a survey showed Friday. 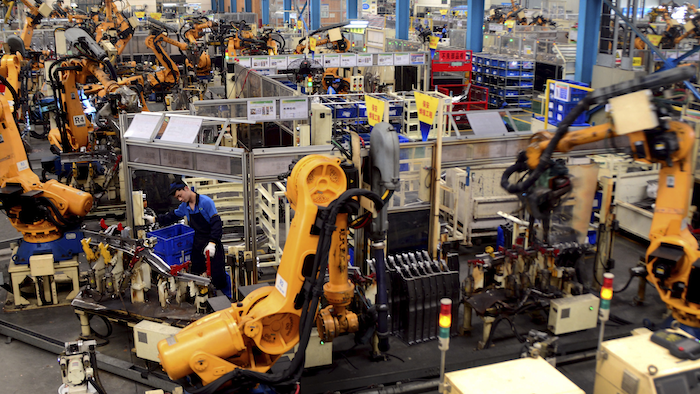 HONG KONG (AP) — China's manufacturing slumped to a 15-month low in July in a fresh sign of deterioration in the world's second biggest economy, a survey showed Friday.

The manufacturing index based on a survey of factory purchasing managers fell to 48.2 this month from 49.4 in June. It uses a 100-point scale on which numbers above 50 indicate expansion.

The monthly survey was previously sponsored by global bank HSBC. It is now sponsored by Chinese financial publication Caixin. The preliminary version released Friday is based on 85-90 percent of responses from factories. The final version is due August 3.

The factory output sub-index decreased at a faster rate, falling to its lowest in 16 months. New export orders and overall new orders both contracted after expanding the previous month.

Employment in China's giant manufacturing industry, which employs tens of millions of people, continued to shrink, according to the survey.

The latest numbers underscore the ruling Communist Party's complicated task of keeping economic growth on track while reducing reliance on trade and investment that helped power the sizzling expansion of previous years. Instead they want to base growth on slower, more sustainable domestic consumption.

The report shows that the economy is struggling to revive even after recent support measures. Beijing has cut interest rates four times since November and pumped money into construction spending after signs the economy was slowing too sharply.

"We think that recent policy easing has yet to fully feed through into stronger economic activity and expect policymakers to respond to signs of weakness by stepping up support in order to prevent growth from slipping much further this year," Julian Evans-Pritchard of Capital Economics said in a report.