In a court filing made on Wednesday, government attorneys said patches of lingering oil that remain can no longer be considered an impediment to the recovery of sea otters or harlequin ducks or a significant ongoing threat to their now-restored populations in the area affected by the 1989 Exxon Valdez oil spill. 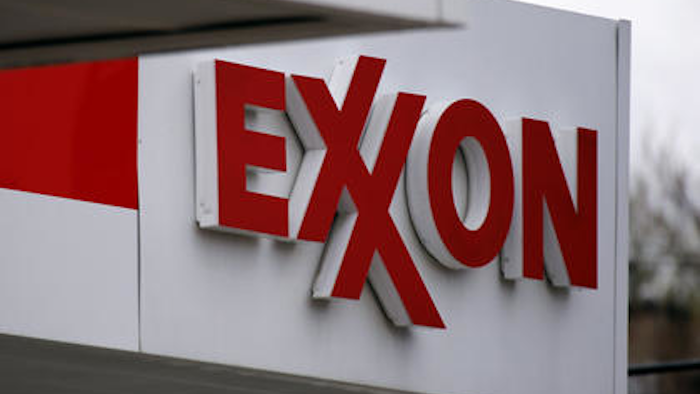 JUNEAU, Alaska (AP) — The state and federal governments have decided not to pursue $92 million in additional damages from Exxon Mobil Corp., citing the recovery of ducks and sea otters in Alaska's Prince William Sound following a devastating oil spill more than two decades ago.

In a court filing made on Wednesday, government attorneys said patches of lingering oil that remain can no longer be considered an impediment to the recovery of sea otters or harlequin ducks or a significant ongoing threat to their now-restored populations in the area affected by the 1989 Exxon Valdez oil spill.

The filing came ahead of a scheduled status hearing in federal court in Anchorage on Thursday.

Lawsuits brought against Exxon by the governments after the spill led to a $900 million settlement and a consent decree that resolved claims related to natural-resource damages. The decree included a so-called "reopener" clause that allowed for the governments to seek additional funds for restoration projects.

In 2006, near the end of the period in which the clause could be invoked, the governments demanded $92 million from Exxon based on the preliminary cost of implementing a plan to address lingering oil. But they never asked a judge to enforce the claim.

Ultimately, money from the original settlement was used for studies on lingering oil and measures to make it non-toxic, the state Department of Law said.

Wildlife monitoring showed the ducks and otters that appeared vulnerable to lingering oil in 2006 have recovered to pre-spill population levels, and officials concluded the legal requirements for pursuing a claim under the clause were no longer met, the department said in a news release.

The recovery of the otters and ducks, among other reasons, "has negated the claim that the patches of lingering oil in some Spill area beaches amount to a 'substantial loss or substantial decline' in a population, habitat, or species within the meaning of the Reopener," the court filing stated.

More than $200 million in settlement funds remain that could be used to address lingering oil and other restoration work, the filing states.

"Together with our partners in the Alaska Department of Law, we preserved a potential Reopener claim and investigated it to its logical end," he said in a statement. "Our action today allows us to celebrate all that has been accomplished in Prince William Sound since the spill."