Small Businesses Are Upbeat, But Tariff Fallout Is A Threat 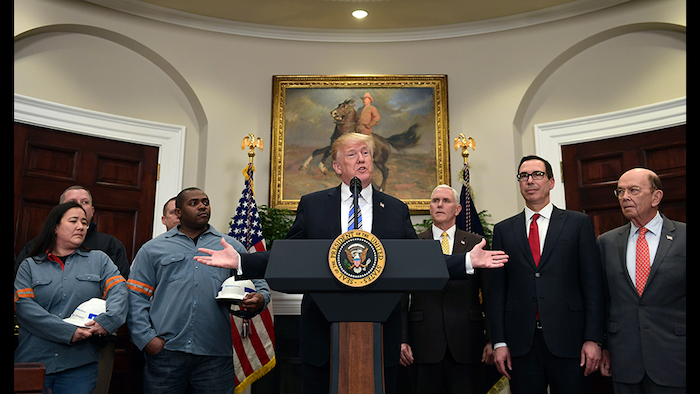 A survey of business brokers showed that small companies have remained hot commodities as buyers seek to go into business or expand their current enterprises. And they're willing to pay more for a healthy company. The number of small businesses sold during the second quarter rose 6.7 percent from a year earlier, and the median sales price was up 4.4 percent, according to the survey by BizBuySell.com, an online marketplace for small companies. The median revenue of the 2,705 businesses sold during the quarter was up 7.4 percent.

Meanwhile, a survey of National Federation of Independent Business members showed their optimism remained high during June despite dips in expectations for sales and profits. The advocacy group's monthly index of small business optimism fell 0.6 point to 107.2; in May the index had hit its second-highest level ever, 107.8.

But small businesses, importers and exporters, have started feeling the impact of President Donald Trump's aggressive trade policies. Trump's tariffs of as much as 25 percent are driving up the costs of imports many companies need and have prompted China, European countries, Mexico and China to respond with their own taxes. The retaliatory tariffs are making it harder for some U.S. companies to sell products including food, alcoholic beverages, appliances and boats overseas.

And last week Trump threatened to impose more tariffs on thousands of Chinese products including fish, apples and burglar alarms. China responded with threats of its own, but didn't specify what U.S. goods it would target.

The rising trade tensions are discouraging many small businesses from expanding, says Kent Jones, an economics professor at Babson College.

"You don't want to invest if you're not sure if the business is going to be there six months or five years from now," Jones says.

Any hesitation could stifle small business hiring, which has showed signs of slowing in recent months. Payroll company ADP reported 29,000 new jobs at its small business customers in June, the second straight month that companies with 49 or fewer employees cut back on new jobs.

The Institute for Supply Management, a trade group of corporate purchasing executives, found in its June survey that its members "are overwhelmingly concerned about how tariff related activity is and will continue to affect their business," according to Timothy Fiore, head of the committee that conducts the monthly survey.

Business groups including the U.S. Chamber of Commerce and the National Association of Manufacturers, whose members include small businesses, also say the escalating trade dispute will hurt U.S. companies and workers.