Company: Investigation At Plant May Be Related To Emissions

The owner of a Virginia chemical plant under investigation by state and federal authorities said Wednesday the probe appears to be related to the facility's air emissions and compliance with a 2013 environmental settlement. 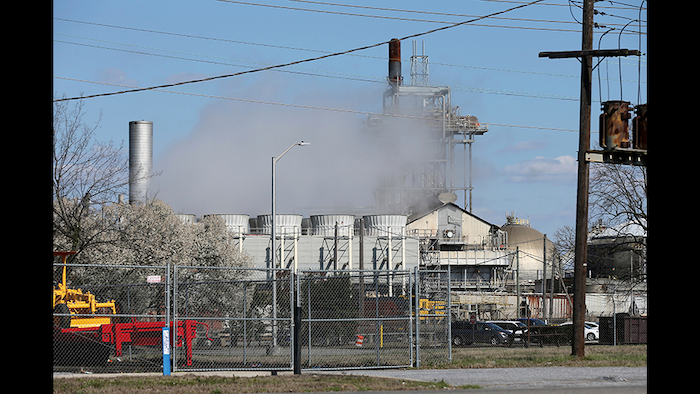 HOPEWELL, VA — The owner of a Virginia chemical plant under investigation by state and federal authorities said Wednesday the probe appears to be related to the facility's air emissions and compliance with a 2013 environmental settlement.

AdvanSix made the comments in a statement that also confirmed authorities executed a search warrant and served a subpoena at its Hopewell facility a day earlier.

Ann Regn, a spokeswoman for the Virginia Department of Environmental Quality, has said the Environmental Protection Agency is leading a criminal environmental investigation at the plant.

An EPA spokeswoman, who on Tuesday confirmed the agency had staff at the plant, said she couldn't provide further details Wednesday.

An FBI spokeswoman confirmed agents were on site Tuesday but declined further comment.

"While the Company is still working to determine the reason and nature of yesterday's actions, they appear to relate to the facility's environmental air emissions and its compliance under the previously disclosed 2013 consent decree with the federal government and the Commonwealth of Virginia," the company said in its brief statement.

It added that the company was fully cooperating with authorities.

According to AdvanSix's website, the facility is one of the world's largest single-site producers of a chemical used to make packaging, plastics, and fibers. It employs approximately 750 workers.

EPA and DEQ records show the plant southeast of Richmond also has a long history of environmental compliance issues.

In 2013, it agreed to pay $3 million as part of the consent decree to resolve violations of federal and state air pollution regulations.

AdvanSix was a part of Honeywell International until 2016 when it was spun off, spokeswoman Debra Lewis said.