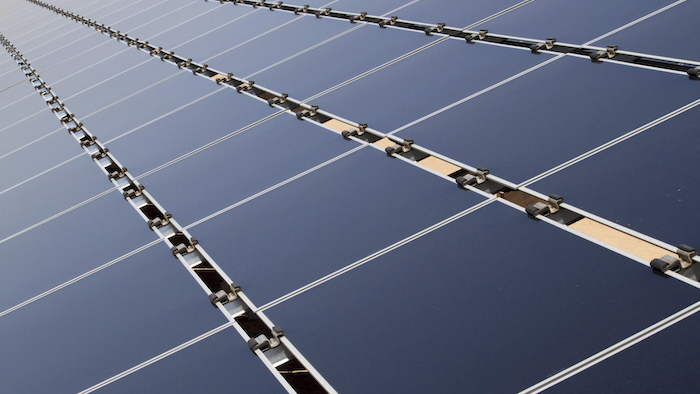 The Republican's decision followed recommendations for tariffs by the U.S. International Trade Commission.

"The president's action makes clear again that the Trump administration will always defend American workers, farmers, ranchers, and businesses in this regard," U.S. Trade Representative Robert Lighthizer said in a statement announcing the decision.

Most imported solar modules will face an immediate tariff of 30 percent, with the rate declining before phasing out after four years. For large residential washing machines, tariffs will start at up to 50 percent and phase out after three years.

China accused Trump of jeopardizing the multilateral trading system by taking action on complaints under U.S. law instead of through the World Trade Organization.

"The U.S. side once again abused its trade remedy measures," said a Commerce Ministry statement. "China expresses its strong dissatisfaction with this."

Mexico said Trump's decision not to exclude it from the measures was "regrettable."

"Mexico will use all available legal resources in response to the U.S. decision to apply protections on Mexican washing machines and solar panels," its Economy Department said in a statement.

The tariffs were sought last year by Suniva Inc., which filed for bankruptcy protection in April, and the U.S. subsidiary of Germany's SolarWorld.

They said that a nearly 500 percent increase in imported solar panels over five years led to a ruinous price collapse. Nearly 30 U.S. solar-manufacturing facilities had closed in the past five years, they said, as China plotted to flood the global market with cheap products to weaken U.S. manufacturing.

However, solar installers and manufacturers of other equipment used to run solar-power systems opposed tariffs, which they said will raise their prices and hurt demand for the renewable energy.

The Solar Energy Industries Association, which represents installation companies, said billions of dollars of solar investment will be delayed or canceled, leading to the loss of 23,000 jobs this year.

Mark Bortman, founder of Exact Solar in Philadelphia, said the prospect of tariffs, since the trade commission recommended them in October, had already caused him to delay hiring and expansion plans.

"Solar is really just starting to take off because it is truly a win-win-win situation" for consumers, workers and the environment, he said. "Tariffs would really be shooting ourselves in the foot."

"This is a victory for American workers and consumers alike," Fettig said. "By enforcing our existing trade laws, President Trump has ensured American workers will compete on a level playing field with their foreign counterparts."

But U.S. Sen. Ben Sasse, a Republican from Nebraska, said Republicans need to understand that tariffs are a tax on consumers.

"Moms and dads shopping on a budget for a new washing machine will pay for this — not big companies," Sasse said in a statement.

Suniva, SolarWorld and Whirlpool were helped by a 1974 trade law that lets companies seek trade protection if they can show damage from a rise in imports.

Up to certain levels, imports of solar cells will be exempt from the tariff, while the first 1.2 million imported large washing machines will get a lower tariff, peaking at 20 percent.

Congress has no authority to change or veto Trump's decision. Countries affected by the decision can appeal to the World Trade Organization.