Orders To U.S. Factories Up 1.3 Percent In December

Orders to U.S. factories rose moderately in December, closing out a second rough year for American manufacturers who have been battered by a strong dollar and a plunge in capital investment.

WASHINGTON — Orders to U.S. factories rose moderately in December, closing out a second rough year for American manufacturers who have been battered by a strong dollar and a plunge in capital investment.

Orders to factories rose 1.3 percent in December, the Commerce Department reported Friday. A key category that tracks business investment was up 0.7 percent, a hopeful sign that 2017 may be a better year for manufacturers as investment in the energy sector rebounds.

Orders had fallen by a record amount of 22.9 percent in 2009 during the depths of the Great Recession, but the decline was confined to a single year. Orders managed a small 1 percent gain in 2008 as the country was sliding into recession and a solid rebound of 16.4 percent in 2010. 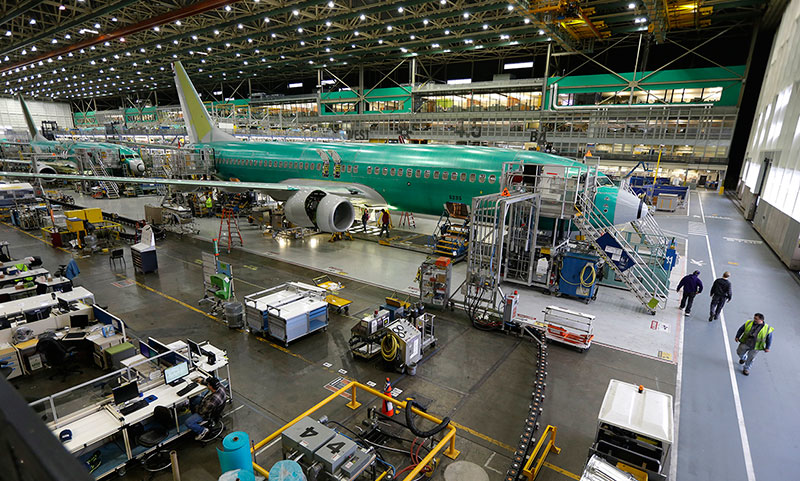 Economists are hoping that 2017 will be a rebound year for U.S. factories as well. While the dollar has risen further, the impact is being lessened somewhat by stronger economic growth in overseas markets. The huge slide in energy prices had come to a halt and prices are rising again. Economists are hopeful that this rebound will bring an end to the big cutbacks in equipment spending by U.S. oil companies.

In December, the 0.7 percent increase in the business investment category followed gains of 1.7 percent in November and 0.5 percent in October. For the year, orders in this category were down 3.3 percent. This decline was led by a 47.6 percent plunge in mining and oil field equipment.

Orders for durable goods, items such as cars and airplanes expected to last at least three years, fell 0.5 percent while demand for nondurable goods such as paper and chemicals rose by 3.1 percent.

The weakness in durable goods reflected a 64 percent plunge in demand for defense aircraft, which offset a 42.1 percent rise in orders for commercial aircraft, both volatile categories.