The rules, which were already behind schedule, will also take months to finalize and could still see substantial changes. 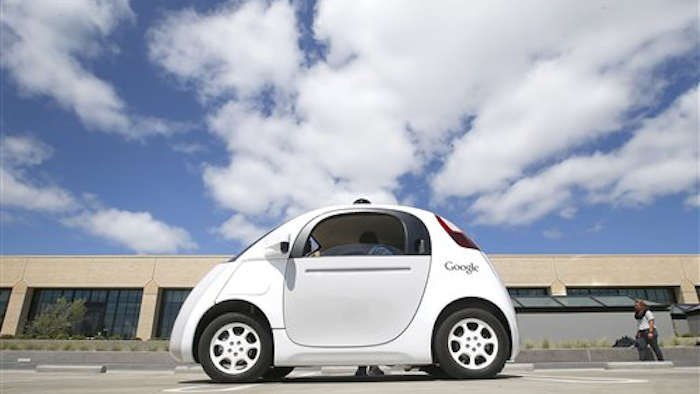 California authorities on Wednesday introduced standards that could authorize self-driving vehicles in the state as early as 2017.

The regulations, however, drew criticism from a Silicon Valley titan that is already testing autonomous cars on the state's roads.

Under the proposal issued by the California Department of Motor Vehicles, autonomous car manufacturers would receive a three-year permit to lease the vehicles to drivers.

In addition, drivers would need to be trained by the manufacturer and receive special certification on their licenses.

Cars must also be equipped with steering wheels and a licensed driver would be required to sit in the driver's seat at all times.

“The primary focus of the deployment regulations is the safety of autonomous vehicles and the safety of the public who will share the road with these vehicles,” said DMV Director Jean Shiomoto.

But Google, which is working on self-driving cars without steering wheels or pedals, expressed "grave disappointment" in the proposal, according to the Associated Press.

The rules, which were already behind schedule, will also take months to finalize and could still see substantial changes.

"This points to a very long slog ahead for not just Google, but really other automakers as well," Bryant Walker Smith of the University of South Carolina told the AP.

Officials in Texas, meanwhile, believe that California's rules could be a boon to its tech sector.

Austin authorized testing of Google's vehicles — the first outside California to do so — earlier this year, and the company believes that Texas law doesn't expressly prohibit self-driving cars.