'Food Freedom' Bill Would Free Some Farms From Safety Rules

Supporters of a measure that would exempt some small-time farmers and ranchers from food safety rules are pointing to a small Utah farm blocked by state regulators from selling turkeys this Thanksgiving as an example of regulations they see as burdensome. 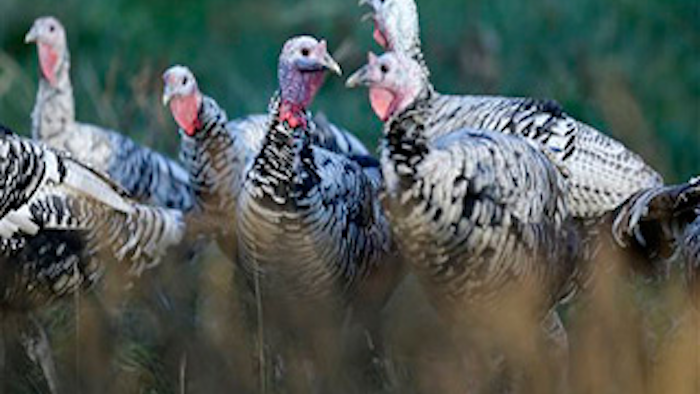 SALT LAKE CITY (AP) — Supporters of a measure that would exempt some small-time farmers and ranchers from food safety rules are pointing to a small Utah farm blocked by state regulators from selling turkeys this Thanksgiving as an example of regulations they see as burdensome.

Danny McDowell of Salt Lake City, who co-owns the farm with another family, said they sold about 150 to 250 turkeys last fall and hoped to offer grass-fed birds again this Thanksgiving.

But McDowell Family Farm stopped selling their chickens and turkeys this year after state regulators said the farm and their open-air slaughtering violated state poultry laws and their products weren't properly labeled or inspected.

McDowell said state inspection laws are burdensome and expensive and estimates that a slaughterhouse that meets state regulations would cost them $20,000 to $40,000.

Under a proposed Food Freedom Act that Utah lawmakers are expected to consider next year, farmers like McDowell who sell directly to consumers would be exempt from those food safety rules.

If a customer is buying a product in a grocery store and doesn't know where it came from or how it was made, food safety rules are important, said Josh Daniels with the Libertas Institute, a libertarian-leaning think tank that's advocating for the law.

But when consumers are buying directly from the source, buyers and sellers should be free from those regulations, Daniels said.

The proposal from Rep. Marc Roberts, R-Santaquin, will be modeled after a Wyoming law protecting similar mom-and-pop food sellers.

Roberts and McDowell said consumers want to be able to purchase from local sellers where they can talk directly with farmers about how and where something like a free-range turkey is produced, and they want those food products because they're free of certain processing requirements.

"They want to opt-out of the industrial model," McDowell said. "Our people are looking for animals that are raised more naturally, outdoors, on pastures, as much as possible."

Roberts said his proposal would give consumers more freedom.

"I think more of the burden should be on the consumer. Maybe for too long we've trusted in the government to tell us what food is safe, what food isn't," Roberts said.

Roberts said it's in the same vein of other consumer pushes to deal directly with people offering goods and services outside existing systems, whether it's hailing a ride through Uber or renting a room through home sharing company Airbnb.

McSpadden of the state agricultural department said the U.S. Department of Agriculture has some exemptions for small producers, but anyone selling at least one bird has to be licensed and comply with certain sanitary rules.

The only way to be totally exempt from those requirements is to raise poultry or livestock for your own family's use, he said.

McSpadden said Utah just this week began allowing those processing 20,000 birds or fewer to share a slaughtering and processing facility in order to spread the costs.

The state wants to help mom-and-pop sellers, as long as it doesn't jeopardize public health, he said.

"In open air-type slaughtering, there's really no way they can guarantee the environment would be sanitary," McSpadden said. "The wind kicks up, you get a little bit of dirt or leaves or whatever blowing in the open air, and the possibility of contaminating the food contact surfaces is really super high."