Though limited supplies have prompted a record rise in beef prices, more Texas ranchers are leasing part of their property for hunting or selling water to oil companies or desert plants and mistletoe to nurseries. Some are even taking side jobs to make ends meet. 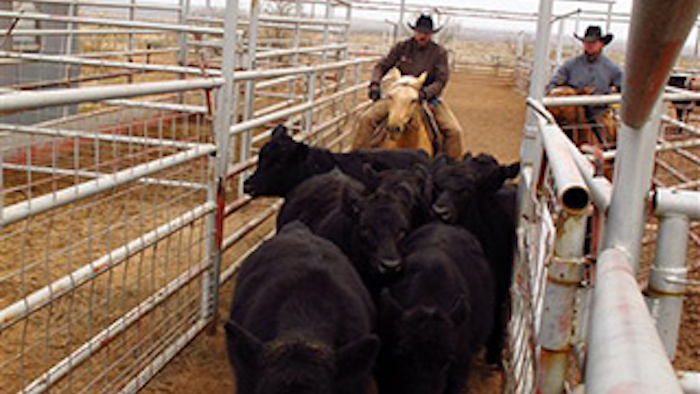 GAIL, Texas (AP) — The Muleshoe Ranch's profits were chopped in half when the drought withered pastures, dried up stock tanks and forced the owner to move most of his cattle out of state.

Three years later, the sprawling 33,000-acre West Texas ranch is again populated with cattle, thanks to improved rainfall. But John R. Anderson is no longer taking chances with his bottom line. The fourth-generation rancher is exploring alternative incomes to ensure his business can survive another hit from Mother Nature, including leasing part of his land for quail, deer and antelope hunting.

"The drought opened our eyes to we need to be more diverse," said Anderson, who ranches near Gail, about 70 miles south of Lubbock. "Our mind isn't closed. If there's something we can do we're going to go for it, if it makes economic sense."

His counterparts in the nation's top beef-producing state are doing everything they can to make up for the smaller profits since the drought, which began in early 2011, forced a widespread culling of herds. Though limited supplies have prompted a record rise in beef prices, more ranchers are leasing part of their property for hunting or selling water to oil companies or desert plants and mistletoe to nurseries. Some are even taking side jobs to make ends meet.

The changes may be permanent, and the ongoing drought is among the main factors that have indelibly altered the state's centuries-old cattle ranching tradition, says Texas and Southwestern Cattle Raisers Association vice president Richard Thorpe.

Hunting leases are perhaps the most popular way ranchers have diversified their incomes. Anderson will lease his land for as much as $5 an acre; other places charge thousands of dollars per gun.

From the beginning of the drought through last year, the amount of land designated for hunting- and wildlife-management use increased by about a third to 4.1 million acres. The extra income offers financial stability to ranchers who have not yet fully replenished their numbers — down about 18 percent from 13.3 million cattle in Texas and at the lowest point nationally since the early 1950s.

Several months after becoming a partial owner of the Bar L Ranch with her fiance two years ago in North Texas, Mandy Dauses realized the profit margins were thinner than she expected, due in part to having a smaller herd that was culled by nearly three-quarters. She now works full-time at a veterinarian's clinic and spends nights and weekends tending to the ranch, catching stray cattle and custom-baling hay for extra income.

"Even though we don't have as many (cattle), they're bringing in so much money we can justify smaller numbers and still operate," said Dauses, whose ranch in Kemp now holds about 120 head of cattle.

While industry groups don't keep count of how many ranchers are generating alternative incomes, they have noticed an uptick amid continued concerns of water scarcity and poor grazing conditions.

Ranchers are more often turning to hunting ventures because wild animals do not require grass to feed on, cattle raisers association spokeswoman Stacy Fox said. "They realize they can make a lot of money without as much input," she said.

Some are marketing hunting opportunities and corporate retreats to the oil and gas industry, particularly in West Texas' Permian Basin and the Eagle Ford shale formation in South Texas where production is booming.

One such spot is Rosewood Ranch about 20 miles southeast of Dallas, which has set aside land for a nature preserve that draws birders, hunters and school groups. Manager Richard Braddock said the ranch is "running half the cattle we used to."

Oil and gas company executives have also been interested in buying up land from ranchers looking to get out of the business, said Bart Miller, the managing broker at Mason & Morse Ranch Company LLC.

But so far most ranchers in Texas have been loath to sell. Instead, they're looking for ways to make it work.

Anderson is just beginning his hunting business. And Dauses wants to rebuild her herd, but is doing what she can for now to ensure she's in ranching for the long haul, explaining, "I got a job in town because that's what it took."