Chobani CEO Pledges to Donate Most of Wealth

Chobani founder and CEO Hamdi Ulukaya says he will join some of the world's richest individuals in pledging to give away at least half his wealth, which has been estimated at $1.41 billion. 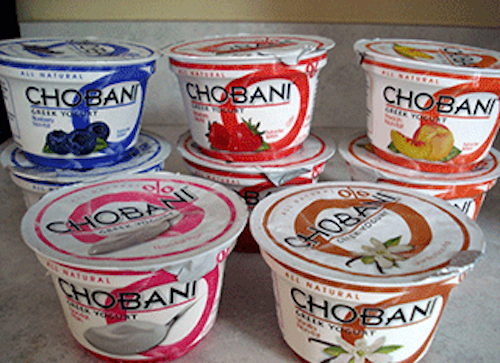 NEW YORK (AP) — Chobani founder and CEO Hamdi Ulukaya says he will join some of the world's richest individuals in pledging to give away at least half his wealth, which has been estimated at $1.41 billion.

The Turkish-born yogurt entrepreneur is making the commitment as part of The Giving Pledge, which was created by Berkshire Hathaway CEO Warren Buffett and Microsoft founder Bill Gates. The effort asks billionaires to commit to giving away more than half their wealth during their lifetimes or in their wills.

The group notes the pledge is a "moral commitment," rather than a legal contract. It says that by asking people to make public pledges, it hopes to generate conversations about philanthropy.

In an interview with The Associated Press, Ulukaya said he plans to devote his philanthropic efforts to helping refugees around the world. He said he has set up a website for a foundation, called Tent, which he plans to fund over time. He said Tent's activities will include raising awareness about refugee situations and helping provide relief on issues like education and health care.

The 43-year-old Ulukaya had already pledged last year to donate $2 million for refugees fleeing violence in his homeland, with initial donations being made to the United Nations High Commissioner for Refugees. At the time, he said he wanted to bring attention to people caught up in fighting along the Iraq and Syria borders with Turkey, a region targeted by the militant Islamic State group.

In a draft of a letter declaring his pledge, Ulukaya said he was inspired by watching his mother "give to those who needed it" and that he had always planned to donate most of what he had.

Ulukaya said he became interested in The Giving Pledge because he liked the idea of being able to tap into the knowledge of other philanthropists. Among those the group says have taken similar pledges are entrepreneur Elon Musk, Facebook CEO Mark Zuckerberg and oil tycoon T. Boone Pickens.

A representative for The Giving Pledge did not respond when asked when this year's pledges would be announced.

Initially, Ulukaya said Tent will be housed in Chobani's office in New York City. He dismissed the notion that the effort would take away from his time at Chobani, noting that his charitable activities so far haven't interfered with his responsibilities.

"It's enough time to do all of it. I don't believe that you need to leave your business to do social good," he said.

Since its founding in 2007, Chobani has helped drive the surging popularity of Greek yogurt, which is thicker and has more protein than traditional supermarket yogurt. More recently, however, it has been facing tougher competition from bigger companies like General Mills, which has been more aggressively pushing Greek varieties of its Yoplait yogurt.

Last year, Chobani said it secured $750 million in financing from private equity firm TPG Capital when it was facing a cash crunch. The Wall Street Journal reported last week that Chobani is expected to name a new CEO in coming months as part of the deal with TPG. But Ulukaya said he doesn't plan to step away from his role anytime soon.

"I am the CEO, and I will decide if I'm not going to be the CEO one day. But that's totally my decision," he said.

Forbes has estimated Ulukaya's wealth at $1.4 billion this year. Ulukaya is divorced with no children.