In a report published by Rabobank's Food & Agribusiness Research and Advisory group, the bank says that global issues such as avian flu and trade restrictions remain on the horizon for 2015 and will have a big impact on global poultry trade. 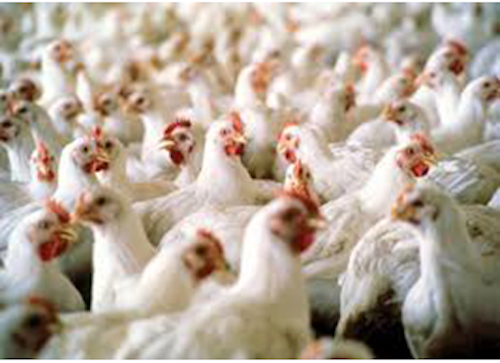 NEW YORK (PRNewswire) — Rabobank has issued a new report on the global poultry industry, looking at the impact of avian flu (AI) on the international poultry sector in 2015.

In the report, published by Rabobank's Food & Agribusiness Research and Advisory group, the bank says that global issues such as avian flu and trade restrictions remain on the horizon for 2015 and will have a big impact on global poultry trade. Regions affected by avian flu outbreaks, like the EU and Canada, will suffer from lost export markets and this will affect local prices.

Despite this, the outlook for 2015 for non-affected regions like Brazil and U.S. remains strong. They could benefit from ongoing bullish market conditions such as strong demand, low feed costs and high competing meat prices, and therefore capture some export market share from EU and Canada.

"A key concern for the coming months is the spread of avian flu, which has become a global issue in recent months. Several avian flu strains are already endemic in several parts of Asia and Mexico, and the disease is increasingly spreading globally via wild birds," explained Rabobank analyst Nan-Dirk Mulder.

Rabobank says that avian flu virus pressure will become a global issue for the industry after new high pathogenic avian flu outbreaks in the EU, Canada, India and Egypt add to existing cases in East Asia and Mexico. Affected regions will therefore continue to suffer from economic damage and temporary lost export markets with lower local prices especially for dark meat. In the longer term, Rabobank advises, industries need to prepare for ongoing disease pressure, especially in times of bird migration. This will require higher levels of biosecurity and reconsideration of existing business models.

Trade restrictions, namely Russia's import ban on U.S. and EU poultry meat, will lead to ongoing record high prices and margins in Russia.  The outbreaks of avian flu in Northwest Europe have been a big wake-up call for the Russian industry as markets have been highly affected by import restrictions on day old-chicks and hatching eggs as Russia depends on 15% of total hatching egg supply on imports mainly from these countries. Although Russia is now re-opening imports of hatching eggs and day-old chicks from non-affected regions in these countries, a future supply risk for Russia will remain and any outbreak in Northwest Europe can affect future market conditions significantly especially if this happens in the Netherlands.

Global trade streams will shift significantly and Brazil is the big winner, strengthening its export position in Russia and capturing the U.S. and EU export market shares. The country is relatively safe from AI outbreaks due to its more isolated location from bird migrating routes from Asia.

Despite the big impact of avian flu on international markets, global industry margins are still bullish on ongoing strong markets and low feed prices and global poultry trade prices are expected to remain stable after declines in recent quarters.

Rabobank Group is a global financial services leader providing wholesale and retail banking, leasing, real estate services, and renewable energy project financing. Founded over a century ago, Rabobank is one of the largest banks in the world, with nearly $1 trillion in assets and operations in more than 40 countries.  In North America, Rabobank is a premier bank to the food, beverage and agribusiness industry. Rabobank's Food & Agribusiness Research and Advisory team is comprised of more than 80 analysts around the world who provide expert analysis, insight and counsel to Rabobank clients about trends, issues and developments in all sectors of agriculture.  www.rabobank.com/f&a