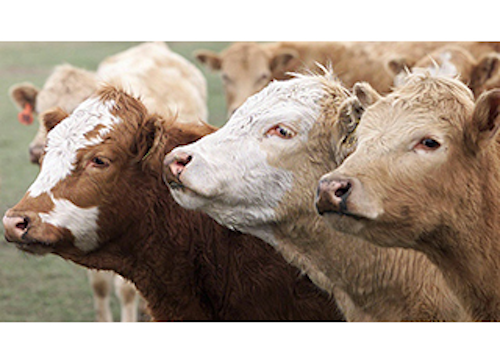 CALGARY, Alberta (AP) — A case of mad cow disease has been confirmed in a beef cow from Alberta, Canadian officials announced Friday.

Federal Agriculture Minister Gerry Ritz said Canada's first case since 2011 will not affect Canada's international beef trade because Canada works under international protocols that allow for up to 12 cases of bovine spongiform encephalopathy, or BSE, a year.

The Canadian Food Inspection Agency said no part of the animal's carcass entered the human food or animal feed systems.

Ritz said the infected animal was not born on the farm where it was discovered. The CFIA said it is still trying to determine the cow's history and how it became infected.

BSE is a fatal and untreatable wasting disease of the brain and nervous systems. Humans who eat infected beef can develop a fatal variant Creutzfeldt-Jakob disease. Fewer than 250 human cases have been reported worldwide.

Canada's first known case was discovered in 1993 in a cow from a farm near Red Deer, Alberta. The animal had been imported from Britain.

The first instance of BSE in a Canadian-born beef cow was in May 2003. It's suspected that animal became infected through contaminated animal feed that contained a protein supplement made with ground meat and bone meal.

That case devastated Canada's beef industry as more than 40 markets immediately closed their borders to Canadian cattle and beef products. Many of those markets have since reopened.

Testing of cattle was strengthened following the mad cow crisis and specified risk materials, such as brains and spinal columns, were banned for use in feed and other products.