Scientists believe that understanding how co-evolution works could help provide genetic clues for producing heartier plants and food for a growing global population. 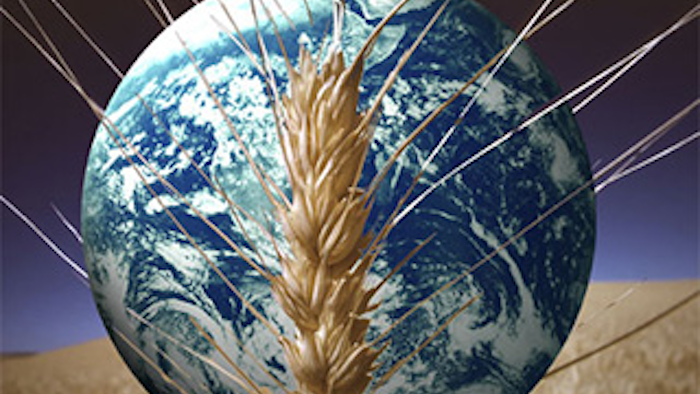 COLUMBIA, Mo. — In 1964, renowned biologists Peter Raven and Paul Erhlich published a landmark study that introduced the concept of co-evolution. Using butterflies and plants as primary examples, the team determined that two species can reciprocally drive each other's evolution and development. Now, an international team of researchers led by the University of Missouri and Stockholm University has used cutting-edge genomics to analyze the co-evolution theory and identified the mechanisms responsible for this phenomenon. Scientists believe that understanding how co-evolution works could help provide genetic clues for producing heartier plants and food for a growing global population.

The research team gained insight into the genetic basis of co-evolution between butterflies and cabbage plants was driven by new copies of genes rather than simple mutations on the strands of DNA of both species. This determination can provide new possibilities for creating more pest-resistant plants and potential food sources.

"Nearly 90 million years ago, the shared ancestor of broccoli, cabbage and papaya plants developed a chemical defense called glucosinolates," said Chris Pires, associate professor of biological sciences in the College of Arts and Science and a researcher in the Bond Life Sciences Center at MU. "Glucosinolates, or what humans enjoy as the sharp flavors of horseradish and mustard, which also are related to cabbage plants, is toxic to most insects. So, in this co-evolution 'arms race,' white cabbage butterflies and their relatives evolved the ability to detoxify glucosinolates soon after these chemical defenses appeared in plants. According to the research, this back-and-forth dynamic was repeated, resulting in the formationof more new species than in other groups of plants and butterflies without glucosinolates and the corresponding detoxification genes."

Using advanced genomics, scientists analyzed the evolutionary histories of plants and butterflies side-by-side, and discovered that major advances in the chemical defenses of the plants were followed by butterflies evolving counter-tactics that allowed them to keep eating these plants--thus genetically proving the co-evolution theories of Ehrlich and Raven more than 50 years ago.

"When we looked at the evolutionary histories of these plants and butterflies side-by-side, we discovered that major advances in the chemical defenses of the plants were followed by butterflies evolving counter-tactics that allowed them to keep eating these plants," said the other senior author Christopher Wheat, professor of population genetics in the Department of Zoology at Stockholm University. "This back and forth dynamic was found to be repeated over nearly 80 million years, resulting in the formation of more new species than in other groups of plants and butterflies without glucosinolate interactions. But perhaps the most important finding by the research team was waiting in the genomes."

This approach not only provides striking support for Ehrlich and Raven's hypotheses, but also provides fundamentally new insights into coevolutionary interactions between two groups of organisms, Pires said.

"If we can harness the power of genetics and determine what causes these copies of genes, we could produce plants that are more pest-resistant to insects that are co-evolving with them--it could open different avenues for creating plants and food that are more efficiently grown," Pires said.

About
The study, "The butterfly plant arms-race escalated by gene and genome duplications," was published in the Proceedings of the National Academy of Sciences (PNAS). Funding was provided by the National Science Foundation (PGRP 1202793), the Knut and Alice Wallenberg Foundation and the Academy of Finland. The content is solely the responsibility of the authors and does not necessarily represent the official views of the funding agencies.