Q&A: Why Are Antibiotics Used in Livestock?

Wal-Mart, the world's biggest retailer, is the latest company to ask its suppliers to curb the use of antibiotics in farm animals. Here's a rundown of what's driving the decision. 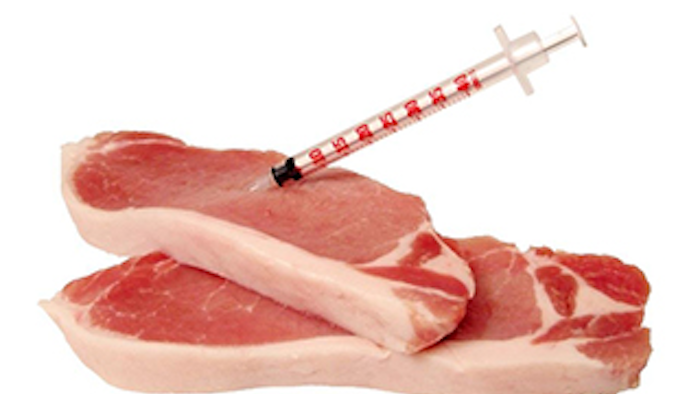 NEW YORK (AP) — Wal-Mart, the world's biggest retailer, is the latest company to ask its suppliers to curb the use of antibiotics in farm animals. Here's a rundown of what's driving the decision:

Q: Why do farmers use antibiotics in raising animals in the first place?

A: Farmers use antibiotics in animals for the same reason they're used in humans, to treat infections and other illnesses. But the drugs are also given to farm animals broadly in feed and water in order to fatten them up.

Q: Why is the use of antibiotics a problem?

A: Public health officials say the use of antibiotics leads to bacteria that are resistant to the drugs. That leads to people getting infections that are antibiotic-resistant, and harder to treat.

In 2013, the Centers for Disease Control and Prevention released estimates that more than 23,000 people a year are dying from infections that are resistant to drugs.

Q: Is the government doing anything?

A: At the prompting of the Food and Drug Administration, 26 drug companies have agreed to voluntarily stop labeling drugs important for treating human infection as acceptable for animal growth, said Gail Hansen, a public health veterinarian with the Pew Charitable Trusts. That change goes into effect in December 2016.

Additionally, the Obama administration in March announced a "National Action Plan to Combat Antibiotic-Resistant Bacteria," which included the goal of eliminating the use of antibiotics medically important to humans to promote growth in livestock by 2020.

Q: Does that mean farmers can no longer use drugs to promote growth or prevent illness?

A: Farmers and ranchers could still use antibiotics called ionophores and other classes of drugs not considered medically important to people, Hansen said.

The extra growth animals get from antibiotics may not be very significant anymore anyway, she said, because breeding and feeding practices have changed over the years to promote growth.

Q: So what exactly is Wal-Mart doing to curb the use of antibiotics?

However, Wal-Mart isn't making the changes mandatory or setting any deadlines.

Q: What are other companies doing?

In March, McDonald's also said it was asking chicken suppliers to curb the use of antibiotics over the next two years.

And Tyson Foods said it plans to eliminate the use of antibiotics medically important to humans in its U.S. broiler chicken flocks by the end of September 2017. The company has also said it's working on ways to curb use of antibiotics for its beef and chicken businesses as well.