The Humane Society of the United States on Tuesday released undercover video footage it said shows the mistreatment of birds and unsanitary conditions at a major national egg supplier. 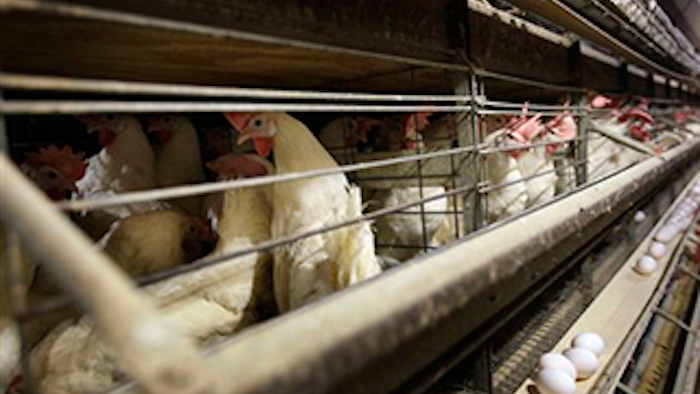 PHILADELPHIA (AP) — The Humane Society of the United States on Tuesday released undercover video footage it said shows the mistreatment of birds and unsanitary conditions at a major national egg supplier in the state.

The video was shot at Hillandale Farms in Gettysburg in late April through early May. The Humane Society said the farm's customers include retail giant Costco.

Footage shows hens caged with dead, decaying and mummified birds and shows dead birds on the facility floor. It also shows cages packed so tightly that some birds get their legs stuck in the wire.

Family-run Hillandale strongly defended its operations. It said its standards were compromised by an activist, hired as an employee, who disregarded farm procedures. It said it was his job to address the type of issues shown in the video he shot.

After getting the video, Hillandale said, it hired independent experts to review its operations and they concluded the images reflected an isolated incident. It said it can "say with certainty the practices depicted on the video do not reflect our high standards."

Hillandale is one of the nation's leading suppliers of shell eggs to retailers and distributors across the United States, and it specializes in corporate brands.

The Humane Society said the farm's eggs are sold at some Costco stores with packaging that shows them roaming free on green pastures. Costco Wholesale Corp., based in Issaquah, Washington, had no immediate comment.