The survey has consistently shown for more than 16 years that, when made aware of the health benefits of food biotechnology, most Americans are receptive, indicating that accurate information about the technology is important to promoting informed food choices. 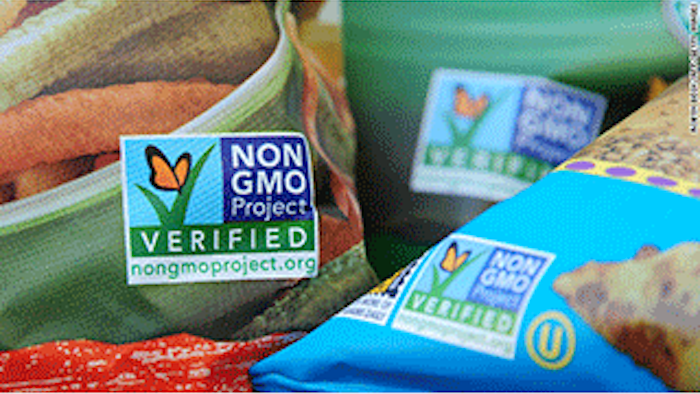 Many also report they are likely to purchase foods produced through biotechnology for certain benefits such as nutrition.  The survey has consistently shown for more than 16 years that, when made aware of the health and agronomic benefits of food biotechnology, most Americans are receptive, indicating that accurate information about the technology is important to promoting informed food choices.

Consistent with previous years, nearly two-thirds (63 percent) of consumers support the FDA’s current labeling policy for foods produced using biotechnology, which calls for labeling only when biotechnology substantially changes the food’s nutritional content or composition, or when a potential safety issue (such as a food allergen) is identified.  However, there is a slight increase in consumers indicating opposition to the policy (19 percent) compared to 2012 (14 percent).

“Years of legislation, ballot measures, and mischaracterization of food biotechnology have not affected overall support of FDA’s biotech labeling policy,” said IFIC President and CEO David Schmidt. “However, they have likely played a role in the modest increase we’re seeing in those who oppose it.”

The majority of Americans, 71 percent, have some awareness of plant biotechnology. Twenty-eight percent are favorable toward plant biotechnology, with significantly more consumers this year (28 percent) reporting being unfavorable than in 2012 (20 percent). However, 43 percent of consumers are neutral or say they don’t know enough to form an opinion. Interestingly, Millennials (ages 18-34) have significantly more favorable impressions of food biotechnology – with nearly four in ten (38 percent) being favorable – compared to one-quarter of consumers ages 35-54 (25 percent) and 55 and older (24 percent).

Only one-quarter (26 percent) of consumers are willing to pay more for foods that fit their perception of sustainability, down from 33 percent in 2012. This number goes up again when looking at Millennials: 43 percent would be willing to pay more for sustainable foods and beverages. However, two-thirds of consumers (66 percent) say it is important that the foods they purchase or consume are produced in a sustainable way (with sustainability being defined as “meeting long-term food needs by producing more food affordably with the same or fewer resources, in a way that is better for the environment and keeps food affordable and accessible for consumers).”

The majority of consumers ranking the following factors of sustainability as important also believe that biotechnology can have a role in: ensuring a sufficient food supply for a growing global population (72 percent), producing more food with less use of natural resources (70 percent), conserving the natural habitat (68 percent), and reducing carbon footprint (68 percent).

“When consumers understand the potential benefits that technology in food production can have for both people and the planet, they can get behind it. People need to know what’s in it for them,” said Marianne Smith Edge, MS, RD, LD, FADA, FAND, Senior Vice President of Nutrition and Food Safety at IFIC.

Additional insights from the 2014 “Consumer Perceptions of Food Technology” Survey include:

Visit the Executive Summary for these insights and more at www.foodinsight.org.

The 16th “Consumer Perceptions of Food Technology” survey was fielded by Market Strategies International of Livonia, Mich., between March 28 and April 7, 2014, and involved 1,000 U.S. adults polled using an online survey tool.  Results were weighted based on gender, age, race, education, region, income, and marital status to reflect the U.S. population. Results can be reported at a 95 percent confidence level.  Formerly the “IFIC Survey of Consumer Attitudinal Trends toward Food Biotechnology,” this survey is part of a series that has been conducted since 1997.

A Mississippi shipyard will build another destroyer equipped to launch guided missiles.
Jul 1st, 2020
Follow Us
Most Recent

Apple Wins Court Case Over $15B in Taxes