Warren Buffett criticized Coca-Cola's pay plan for its executives on Wednesday. Buffett, whose company is Coca-Cola's largest shareholder, called the plan "excessive" in an interview on CNBC after it was approved at the beverage maker's annual meeting. 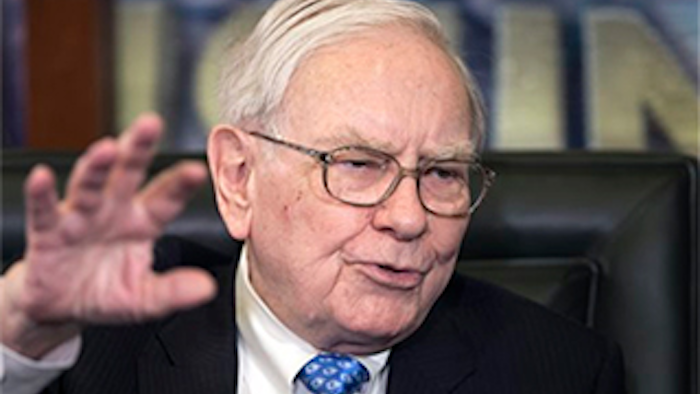 Buffett, whose company is Coca-Cola's largest shareholder, called the plan "excessive" in an interview on CNBC after it was approved at the beverage maker's annual meeting. But he said Berkshire Hathaway abstained from voting against it because he didn't want to express disapproval of the company's management.

Buffett also noted during the interview how difficult it can be to sit on company boards and oppose a pay plan. Buffett said that he has never heard anyone speak out against a compensation committee's plan in 55 years of serving on company boards.

"Taking them on is a little bit like belching at the dinner table. You can't do it too often," Buffett said.

He added that he has voted in favor of compensation plans he hasn't agreed with in the past. His son, Howard Buffett, serves on Coke's board and supported the pay plan in question.

Coca-Cola Co.'s pay plan came under scrutiny after Wintergreen Advisers took issue with it last month. Wintergreen CEO David Winters said the plan was a "raw deal" for shareholders that would transfer roughly $13 billion to management over the next four years. He urged Buffett to vote against the plan.

Buffett has long been a critic of excessive executive compensation. Berkshire Hathaway does not award stock options to Buffett or any other executive, and Buffett receives a salary of $100,000.

"Too often, executive compensation in the U.S. is ridiculously out of line with performance," Buffett wrote in his letter to shareholders in 2005. "That won't change, moreover, because the deck is stacked against investors when it comes to the CEO's pay."

Last year, Coca-Cola CEO Muhtar Kent was given a pay packages worth $18.2 million, according to an Associated Press analysis. That was a drop of 16 percent from the $21.6 million he earned the previous year, primarily because the company failed to meet its long-term growth targets.

Buffett said he discussed his concerns with Kent, but not until after he voted Berkshire's 400 million shares.

At the meeting in Atlanta, Coca-Cola had the chair of its compensation committee address the issues raised about the pay plan. The company has said that its plan is in line with its past practices and that it's needed to retain its talented workers. Preliminary results showed the plan was approved by 83 percent of votes.

Wintergreen issued a statement saying it was pleased by the outcome, which showed a substantial number of shareholders had concerns about the plan. During the CNBC interview, Buffett was asked why he didn't vote against the plan if he disapproved of it.

Buffett responded that it was "kind of un-American to vote no at a Coke meeting."