Breakfast is said to be the most important meal of the day. Nutritionists suggest it be eaten for health benefits, like weight loss. But new research shows that, when comparing regularly consuming with regularly skipping breakfast, weight loss was not influenced. 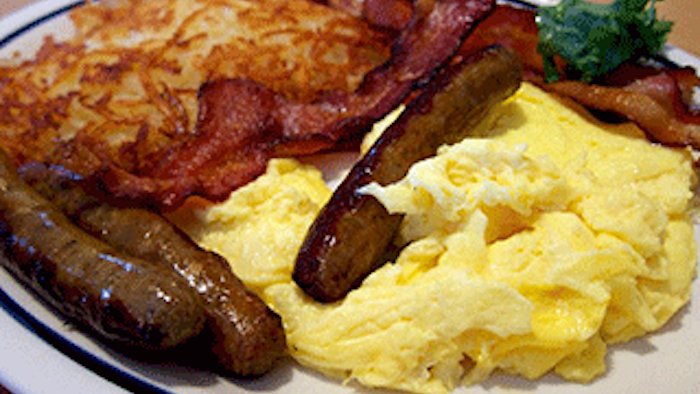 Newswise — BIRMINGHAM, Ala. – Breakfast is often said to be the most important meal of the day. Nutritionists regularly suggest it be eaten each morning for many health benefits, including weight loss and weight maintenance. But new research led by the University of Alabama at Birmingham shows that, when comparing regularly consuming with regularly skipping breakfast, weight loss was not influenced.

Past breakfast research, including an examination of 92 studies about the proposed effect of breakfast on obesity also performed at UAB, has found that, while an association exists between breakfast and weight management, the question of whether eating versus skipping breakfast causes differences in weight has not been answered by research, until now.

The new study, published in the American Journal of Clinical Nutrition, examined the impact of a recommendation to eat or skip breakfast, and the impact of switching breakfast eating habits for the study, on weight loss in adults trying to independently lose weight.

Study lead author Emily Dhurandhar, Ph.D., assistant professor in the Department of Health Behavior, says it was important to test the common recommendation to eat breakfast to ensure this public health message was effective and not misleading about what will and will not help with their weight loss efforts.

“Previous studies have mostly demonstrated correlation, but not necessarily causation,” Dhurandhar said. “In contrast, we used a large, randomized controlled trial to examine whether or not breakfast recommendations have a causative effect on weight loss, with weight change as our primary outcome.”

Dhurandhar says that there was no identifiable effect of treatment assignment on weight loss.

“Now that we know the general recommendation of ‘eat breakfast every day’ has no differential impact on weight loss, we can move forward with studying other techniques for improved effectiveness,” Dhurandhar said. “We should try to understand why eating or skipping breakfast did not influence weight loss, despite evidence that breakfast may influence appetite and metabolism.”

First, the study only measured body weight as an outcome, so she says they cannot conclude anything about the impact of breakfast recommendations on appetite or more detailed measures of body fat or metabolism.

“In addition, our study was 16 weeks in duration, which is longer than many previous studies; but it is not clear whether an effect of the recommendation would be clearer from an even longer duration study,” Dhurandhar said. “Finally, we gave subjects a recommendation of what a healthy breakfast is, but left their choices of breakfast foods up to their discretion.”

Dhurandhar says because their objective was to test the effect of breakfast very generally, they cannot conclude anything about a particular kind or quantity of breakfast food, but says there may be certain kinds of breakfast foods that are helpful. She believes future studies could consider whether more specific breakfast recommendations may be more effective for influencing weight loss.

“The field of obesity and weight loss is full of commonly held beliefs that have not been subjected to rigorous testing; we have now found that one such belief does not seem to hold up when tested,” said David Allison, Ph.D., director of the UAB Nutrition Obesity Research Center and senior investigator on the project. “This should be a wake-up call for all of us to always ask for evidence about the recommendations we hear so widely offered.”

About UAB
Known for its innovative and interdisciplinary approach to education at both the graduate and undergraduate levels, the University of Alabama at Birmingham is an internationally renowned research university and academic medical center and the state of Alabama’s largest employer, with some 23,000 employees and an economic impact exceeding $5 billion annually on the state. The five pillars of UAB’s mission deliver knowledge that will change your world: the education of students, who are exposed to multidisciplinary learning and a new world of diversity; research, the creation of new knowledge; patient care, the outcome of ‘bench-to-bedside’ translational knowledge; service to the community at home and around the globe, from free clinics in local neighborhoods to the transformational experience of the arts; and the economic development of Birmingham and Alabama. Learn more at www.uab.edu.

Employees may find it difficult to ask certain colleagues for help and may avoid approaching them.
Sep 9th, 2021
Follow Us
Most Recent