Valley Meat Co. must wait until later this week to find out if it can begin the commercial slaughtering of horses. State District Judge Matthew Wilson said he will issue a decision Friday on Attorney General Gary King's request for a preliminary injunction against the company. 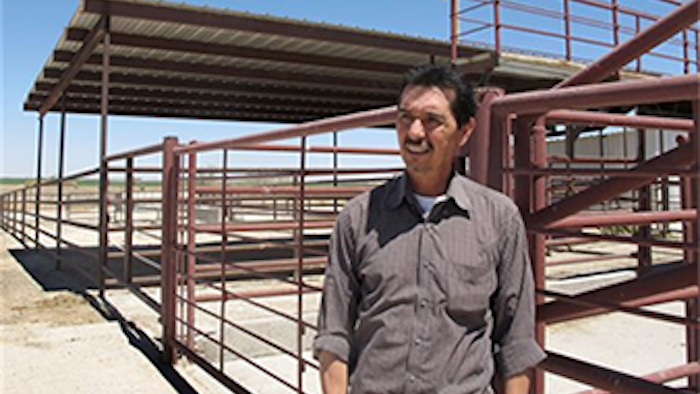 SANTA FE, N.M. (AP) — A New Mexico company must wait until later this week to find out if it can move ahead with plans to begin the commercial slaughtering of horses.

The judge made the announcement after a daylong hearing Monday in King's lawsuit contending that the Roswell company's operations would violate state environmental and food safety laws.

Even if the judge lifts a temporary order against the company, the plant won't be able to immediately start slaughtering horses.

A permit from state regulators is needed to discharge blood and other slaughtering wastes into concrete septic tanks and lined lagoons on the company's property. A permit decision is pending before the secretary of the state Environment Department.

Another option is for the agency to decide that no permit is necessary if the company develops another way to handle the wastes. Valley Meat's attorney, Blair Dunn, said the company intends to submit a proposal for pumping and hauling waste to a licensed disposal site elsewhere.

The plant was blocked from opening last year after animal protection groups brought a federal lawsuit against the Department of Agriculture for issuing permits to New Mexico, Iowa and Missouri companies that would allow them to open the first domestic horse slaughterhouses in seven years.

A federal judge threw out that lawsuit, and King filed the state case after a federal appeals court declined to keep the plants shuttered.

King's office wants Wilson to prevent Valley Meat from starting the slaughter of horses until the state lawsuit is resolved.

Assistant Attorney General Ari Biernoff said the plant's operation could contaminate groundwater and there's no guarantee the meat would be safe for human consumption. He said there would be no medical records about the horses sent to the slaughter plant and what drugs may have been administered to them.

"There is no evidence that these animals would be drug-free," Biernoff said.

William Olson, a hydrologist and former manager in the state's water quality regulatory agency, testified that Valley Meat had a long history of violations of New Mexico's environmental rules, and for several years operated without a required permit for discharging wastes from its cattle slaughtering operations.

Dunn said the judge should rule against the attorney general and lift the temporary order because there's no threat of imminent harm to the state if horse slaughtering starts.

Dunn argued that the federal government — not New Mexico — has authority over horse slaughtering because the meat would be shipped overseas. Federal inspectors can check for drug residues in the horses, he said.

Valley Meat, and companies in Missouri and Iowa, won federal permits last year to become the first horse slaughterhouses to operate since Congress effectively banned the practice by cutting funding for inspections at plants in 2006. The last of the domestic plants closed in 2007. Congress reinstated the funding in 2011.

Proponents contend it's better to slaughter unwanted horses domestically than ship them to Canada or less humane facilities in Mexico. Opponents view the killing of horses for food as a barbaric practice.