PepsiCo is again mining its partnership with Taco Bell, with plans to start selling the Mexican chain's popular Mountain Dew Baja Blast drinks in bottles and cans for the first time next month. The drink will be available for a limited time starting May 5. 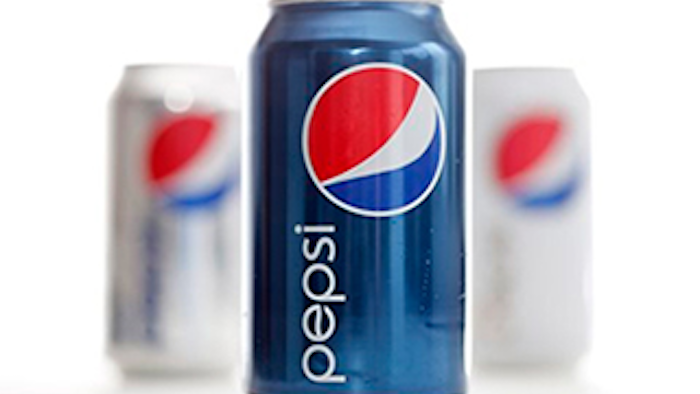 NEW YORK (AP) — PepsiCo is again mining its partnership with Taco Bell, with plans to start selling the Mexican chain's popular Mountain Dew Baja Blast drinks in bottles and cans for the first time next month.

The soda and snack food company says it's planning a national TV ad for the drink, which will be available for a limited time starting May 5. Reports of the bottled version of Baja Blast — the second most popular drink at Taco Bell — began circulating among Mountain Dew fans after a photo of it appeared online. The bottles, which contain a neon greenish liquid, bear a small Taco Bell logo above the name.

PepsiCo and Yum Brands Inc., which owns Taco Bell, KFC and Pizza Hut, didn't disclose terms of the agreement or how sales will be divided. PepsiCo is beverage supplier for Yum, which it spun off in 1997. That means PepsiCo benefits when Yum's restaurant chains sell more drinks. The companies are hoping the cans and bottles of Baja Blast at supermarkets and retail outlets will boost awareness of the drink's availability at Taco Bell among Mountain Dew fans.

The latest offering comes after the successful launch of Taco Bell's Doritos-flavored tacos in 2012, which were developed in partnership with PepsiCo's Frito-Lay unit. PepsiCo followed up by offering Doritos in a "Taco Bell" flavor for a limited time last spring. Since then, Taco Bell has been looking at other ways to team up with Frito-Lay, including a test of "Quesdilla Dippers" that people dip in nacho cheese then crushed, spicy Fritos.

As for drinks, Taco Bell offers a variety of unique PepsiCo drinks at its more than 6,000 U.S. restaurants. The chain's chief marketing officer, Chris Brandt, said the exclusive drinks have helped increase the company's beverage sales, even as soda sales have declined in the broader market. He noted that people are more likely to buy drinks when they're available exclusively at the chain.