The Maine lobster fishery is not in jeopardy of an immediate dramatic decline, Maine Department of Marine Resources Commissioner Pat Keliher says, but added that studies that show a drop-off in baby lobsters could forecast lower catches in coming years. 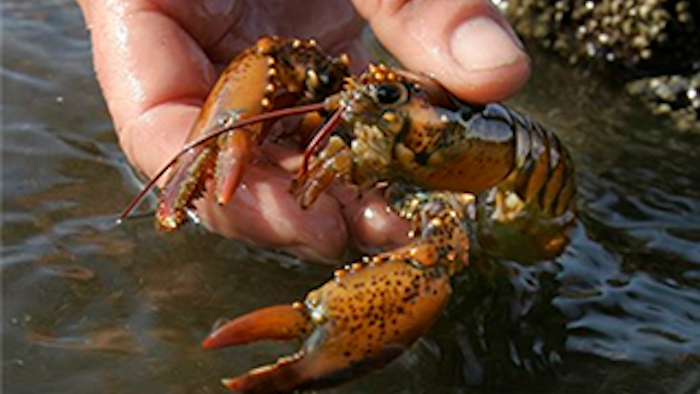 HALLOWELL, Maine (AP) — The Maine lobster fishery is not in jeopardy of an immediate dramatic decline, Maine Department of Marine Resources Commissioner Pat Keliher says, but added that studies that show a drop-off in baby lobsters could forecast lower catches in coming years.

A University of Maine survey of 11 Gulf of Maine locations indicated that young lobsters have declined by more than half from their 2007 levels. That was cause for concern for fishermen, retailers and state officials about a potential impending drop in catch, as lobsters, the biggest moneymaker in the state's fishery, typically take about eight years to reach legal harvesting size.

Keliher told The Associated Press on Monday that it's possible the lobster catch will drop at some point but other metrics suggest the lobster population will be strong in the coming years. The decline in baby lobsters warrants the state's attention, he added.

"The sky is not falling," Keliher said. "It means we need to keep an eye."

The state has used the University of Maine's data since the late 1980s, but it is not the state's only metric for determining the health of its lobster fishery. The state also partners with fishermen to set up special lobster traps in 138 locations off of the Maine coast to gather survey data. The survey, conducted since 2006, showed record lobster levels in 2012, and the totals for 2013 were close behind them, state data show.

The trap survey mostly captures immature lobsters too small to be harvested, said Kathleen Reardon, who coordinates the program. The traps lack the vents present in commercial lobster traps that allow small lobsters to escape. The state will be watching this year's trap survey, conducted over the summer, with the baby lobster data in mind, Reardon said.

"We would expect if it's going to translate into landings, we would see it in the ventless trap surveys," she said.

The state also collects data via a trawling survey that measures multiple animal populations. They survey, conducted in the fall and spring, has shown only slight declines in lobsters, state data show.

Keliher said state officials won't be alarmed until the lobster population shows a significant dip in all three types of surveys.

"Other than what we've seen in settlement, all the indicators are that the lobster population is very strong," he said.

The past three years have brought record hauls to Maine's lobster industry of more than 350 million pounds. The value of the catch also topped $1 billion for the first time in a three-year time period.

Larger catches generally follow high levels years earlier of baby lobster settlement, the process in which young lobsters reach the ocean floor and grow. University of Maine researchers have pointed out that the recent boom in lobster catches follows a trend of heavy lobster settlement in the mid-2000s.

Warmer ocean temperatures, pollution, atmospheric conditions and changes in predation and availability of food may all have played a role in the decline in baby lobsters, scientists, state officials and industry leaders have said. The university's American Lobster Settlement Index tracks 13 settlement areas, 11 of which are in the Gulf of Maine.