Vitaminwater fans are angry with parent company Coca-Cola for changing the formula that now uses stevia, a low-calorie sweetener known for its metallic aftertaste. The switch has prompted fans of the drink to inundate Vitaminwater's Facebook page with complaints. 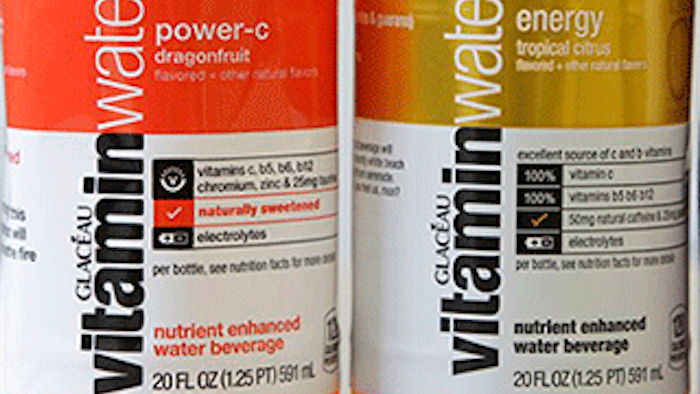 Coca-Cola Co. changed the formula for its full-calorie Vitaminwater in May, and the new bottles have been hitting shelves nationwide ever since.

The change has prompted fans of the drink to inundate Vitaminwater's Facebook page with complaints about the taste, and demands that the company bring back the old formula.

A spokeswoman for Coca-Cola, Danielle Dubois, said the company loves hearing from its consumers and has been listening to the feedback via social media and its call line.

"We really like our new formulation and hope consumers do too. That said, we always have our ear to the ground and genuinely appreciate all feedback," she said.

When asked why Coca-Cola made the change, Dubois said the company is "always innovating and evolving our products and packaging."

The company, based in Atlanta, already used stevia in Vitaminwater Zero, a diet version of the drink that has no calories.

Last year, Vitaminwater's sales volume in the U.S. was down 18 percent, according to the industry trackerBeverage Digest. The decline seems to be in part because the enthusiasm for enhanced water from a few years ago has cooled, said John Sicher, editor and publisher of Beverage Digest.

Sicher noted that Coca-Cola may have been trying to innovate with Vitaminwater to return it to stronger performance.

Coca-Cola bought Glaceau, the parent company of Vitaminwater and Smartwater, for $4.1 billion in 2007.