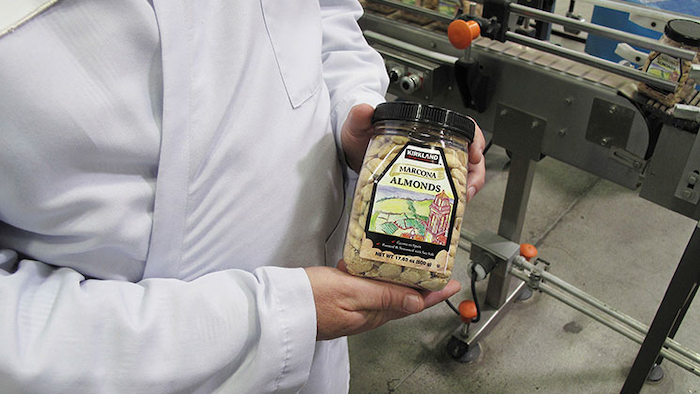 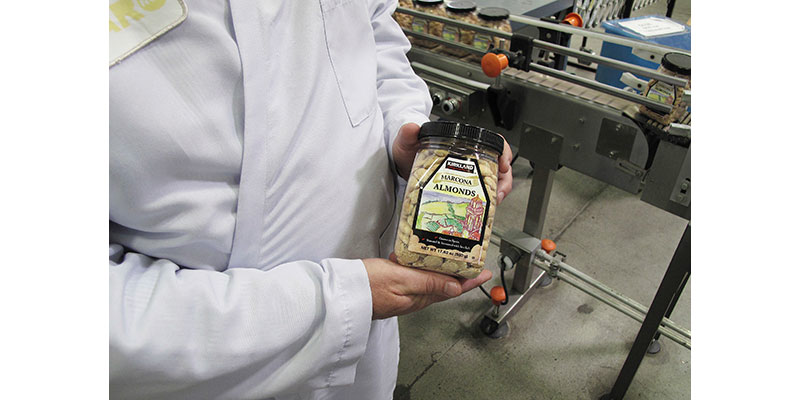 The sophisticated organizations in many cases use high-tech tactics, hacking into trucking companies to steal their identities. Armed with false shipping papers, they pose as legitimate truckers, driving off with loads of nuts such as almonds, walnuts or pistachios valued at $150,000, and some worth $500,000 each.

Days later, when a shipment fails to arrive to its intended destination, the nuts may already be in another state or on a ship destined for Europe or Asia, where they fetch top dollar on the black market, authorities say.

Caro was victimized six times last year for a total loss of $1.2 million. In each case, thieves stole cashews imported from Vietnam and Africa that were roasted, salted and packaged in Fresno.

"You get hit with that kind of loss — it hurts," Crosswell said.

The value of nuts grown and processed in California, the nation's leading agricultural state, have soared in recent years as global demand for the health-food snack grows in places such as China and emerging economies.

California produces more almonds, walnuts and pistachios than any other state, with a combined value of $9.3 billion in 2014. Almonds alone were valued at $5.9 billion, according to the U.S. Department of Agriculture.

The high value of nuts grabbed the attention of criminal organizations, who are exploiting weaknesses in the cargo shipping industry to reap big profits, said Dan Bryant, supervisory special agent for the violent and organized crimes programs of the FBI Sacramento office.

Bryant declined to identify any organizations under suspicion, citing an ongoing criminal investigation.

"It's not just some teenage kids ripping off nuts," he said. "These are sophisticated people."

In 2013, his office investigated a pistachio theft worth $189,000. No cases were reported the next year, but in 2015, six loads of almonds and pistachios were stolen at a combined loss of $1.6 million.

Investigators tracked at least one load to Los Angeles and made one arrest. Boudreaux declined to name the suspect due to the ongoing investigation.

"They do tend to have some overseas connections," said Scott Cornell, an investigator for Travelers Insurance and an expert on cargo thefts. "Wherever they can sell it and move it, they're going to."

Food and drinks are the most frequently stolen cargo items, Cornell said. Nuts are an easier target than other products, such as electronics, because there is no serial number and the evidence is gone once it is eaten, he said.

Crosswell, of Caro Nut Co., said he's put in place new safeguards with hopes he doesn't fall victim once more, taking photographs and fingerprints of the roughly 25 truck drivers each day who pull up to the shipping docks.

Despite these efforts, Crosswell said he fears the criminals will strike again.

"Whoever they are, they're watching," Crosswell said. "They'll try it again. They'll figure out how to beat the system. We just have to stay one step ahead of them."