US Government to Buy Wild Blueberries to Help Prop up Prices

The U.S. Department of Agriculture will buy up to 30 million pounds of wild blueberries to help stabilize prices and supply in one of Maine's signature industries. 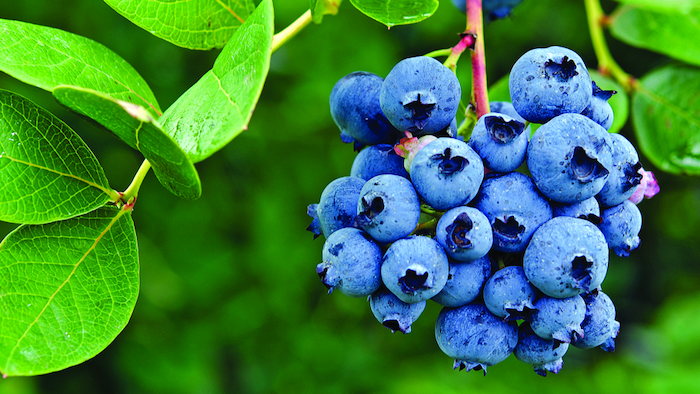 PORTLAND, Maine (AP) — The U.S. Department of Agriculture will buy up to 30 million pounds of wild blueberries to help stabilize prices and supply in one of Maine's signature industries.

The members of Maine's congressional delegation told The Associated Press on Thursday that the agency will pay up to $13 million for the wild blueberries.

The bailout could help spell the end of low prices to consumers on wild blueberries, which are harvested commercially in Maine and Canada.

They differ from the fatter cultivated blueberries in that they are smaller, have a more intense taste and are richer in antioxidants. Maine is by far the biggest wild blueberry producing state in the country, and it also produces about a quarter of North America's total blueberries, according to the University of Illinois's website.

The USDA didn't immediately respond to a request for comment.

The purchase comes after the state's legislative delegation asked for it in a letter to the federal agency in which they said prices of frozen wild blueberries have fallen by as much as half in the last five years. The legislators asked the agency to buy the berries for its domestic food-assistance programs.

Nancy McBrady, executive director of the blueberry commission, said the low value of the Canadian dollar also has hurt Maine's growers. She said Canadian growers, which are centered in the Maritime Provinces, are at a "tremendous competitive advantage" when selling in the U.S. and internationally because of the stronger U.S. dollar.

"And the competition from cultivated blueberries is omnipresent," she said. "The prices of wild blueberries have dropped, so our farmers are earning less for our blueberries."

In Maine, wild blueberries are mostly harvested in the blueberry barrens of the state's rural Downeast region. The state has some 44,000 acres of wild blueberries and it relies on the berries for about $250 million per year in economic value, officials have said.

Rep. Chellie Pingree said the purchase will help the blueberry industry as well as food assistance programs in need of a healthy fruit product.

"It makes a lot of sense for the federal government to make this purchase to help ease the surplus of frozen blueberries and at the same time supply food assistance programs with a very healthy, high quality food," she said.