The foundation says $1.2 million of Monday's grants is from Monsanto. 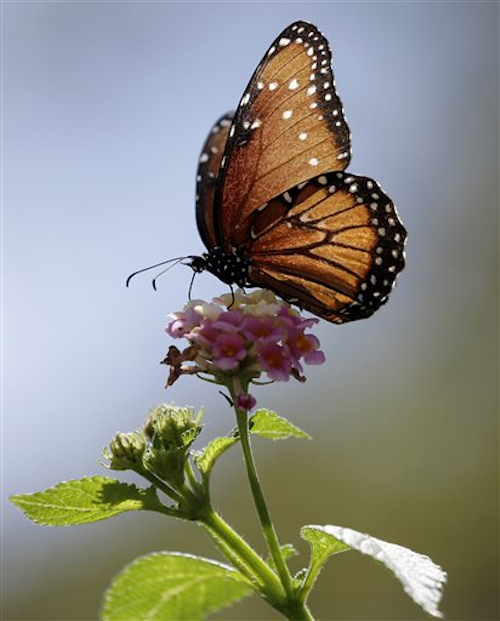 KANSAS CITY, Mo. (AP) — A national wildlife group says it is doling out $3.3 million in grants as part of an initial push to stem the worrisome decline of monarch butterflies.

The 22 grants announced Monday by the National Fish and Wildlife Foundation will be matched by more than $6.7 million from the recipients, who are in at least a dozen states.

The money is meant to restore up to 33,000 U.S. acres of habitat in areas identified by experts as key to monarch butterfly recovery.

Monsanto announced in March that it is committing $4 million to the effort.