A Morgan Stanley-backed Chinese chemical manufacturer that was the subject of an Associated Press investigation last year has informed investors that auditors may not stand behind the company's financial statements. 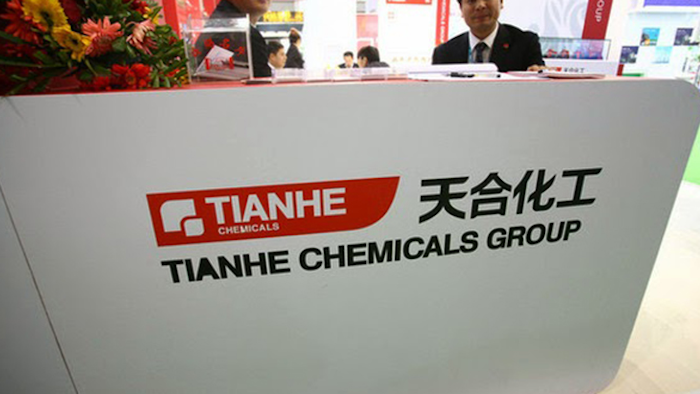 WASHINGTON (AP) — A Morgan Stanley-backed Chinese chemical manufacturer that was the subject of an Associated Press investigation last year has informed investors that auditors may not stand behind the company's financial statements.

In November, the AP report cited discrepancies in the tax records and customer relationships of Tianhe Chemicals Group Ltd.

Hong Kong regulators suspended trading in Tianhe (pronounced TYEN'-huh) four months after concerns by auditor Deloitte Touche Tohmatsu Ltd. prevented the company from releasing its 2014 financial report. In a new statement to investors, Tianhe said Deloitte was proposing to disclaim, or disown, its audit opinion over questions about its tax payments, bank statements and vendor relationships.

Such a disclaimer is tantamount to the auditor saying that it was unable to do a thorough job. Tianhe said it had cooperated with Deloitte and "is considering the auditor's proposed opinion in light of all the work performed."

Tianhe had disputed the findings of AP's investigation — which largely confirmed claims by a shadowy investment research group that had previously targeted Tianhe — contending that the discrepancies were due to misinterpretation, out-of-date records and common Chinese business practices.

Tianhe's value has dropped from $7.9 billion to $3.7 billion since the AP's investigation.

The AP reported that Tianhe revenues cited in commercial business data from government and public sources were a fraction of the revenue the company reported to foreign investors. The AP also found that the company's research budget was unusually low and that some customers did not appear financially able to buy as much of Tianhe's products as the company told investors. The AP also noted that commercial business data and records at a state-owned financial institution identified one of Tianhe's predecessor companies as Chinese government property, although the company's founders said they have long owned it.

A Morgan Stanley fund using $300 million from investors, including state pension plans and a fund for Appalachian children, bought a stake in Tianhe in 2012 and put one of its executives, Homer Sun, on Tianhe's board of directors. Morgan Stanley sold Tianhe stock to investors last June.

Deloitte did not respond to a phone message and email with questions from the AP, but Tianhe's announcement late Friday suggests that the auditor has been looking closely at the company's relationships with a state-owned trading company and a state-owned bank. In both instances, the announcement said Deloitte has requested access to records and employees that those third parties have been unwilling to grant.

Tianhe's announcement follows the news earlier this month that Sihuan Pharmaceutical Holdings Group Ltd., another suspended company backed by Morgan Stanley's Asian private equity arm, will hire a forensic financial investigator after its auditor, PriceWaterhouseCoopers LLC, disclaimed its 2014 financials. Homer Sun sits on the board of Sihuan as well.