One of Oregon's first hemp farmers says a lack of seed is making it tough to get going. 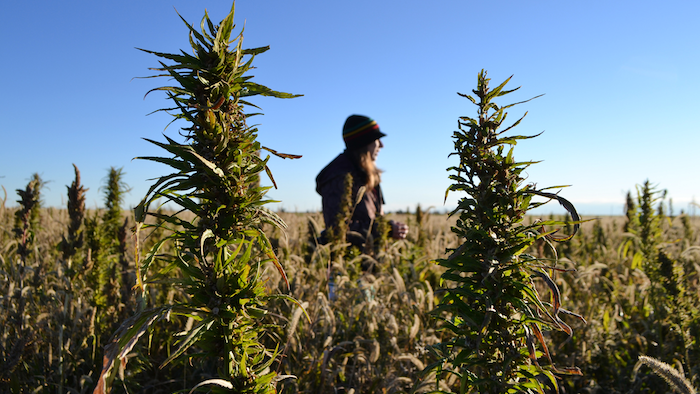 GRANTS PASS, Ore. (AP) — One of Oregon's first hemp farmers says a lack of seed is making it tough to get going.

Josephine County Commissioner Cheryl Walker says that fertile seed is expensive and hard to come by, because the federal government prohibits imports. Harvesting machinery is expensive, and there is no plant in Oregon to process the plants into fiber, seed and oil.

"We are at the beginning stages of an industry," she said. "It will probably be years before you see significant production. It might take five to seven years from that before we have an operating industry."

This is the first year Oregon farmers can grow hemp, following the Legislature's approval in 2009. Growing hemp without a federal permit was banned in 1970 due to its classification as a controlled substance and relation to marijuana. Hemp that is grown must contain less that 3 percent THC, the compound found in marijuana that makes you high.

Oregon is among 26 states that have removed barriers to hemp production, according to Vote Hemp, a group that advocates for theplant's legal cultivation. The other states include Colorado, Washington, California, Kentucky, Maine, Montana, North Dakota, Oregon, Vermont and West Virginia, it says.

National legislation is in the works to exclude industrial hemp from the Controlled Substances Act.

Walker figures it will take three years to save up enough homegrown seed on her farm south of Grants Pass to produce a crop big enough for traditional products — fiber, oil and seed.

Until then, she will send the flowers from her 500 plants to a local facility used by medical marijuana growers to extract compounds known as CBDs, which are also found in marijuana, but don't get you high, and are believed to have medicinal qualities.

There are no hemp processing facilities in Oregon, and no one has applied for a permit, said Lindsay Eng, who oversees the hemp program for the Oregon Department of Agriculture.

Oregon's hemp law was written to regulate it as an agricultural crop, with large fields of densely planted hemp grown for fiber, seed and oil, said Eng. Instead, the nine operations inspected by the department this year seem more interested in producing CBDs. Only a few met the minimum acreage of 2.5 acres laid out in the law.

Eng says the current law does not work well to regulate growers, who are growing small plots, sometimes in greenhouses, with the emphasis on flowers that contain the CBDs. So the department will get together with growers and policymakers to make recommendations to the Legislature for changes.

So far, Walker says she has been growing hemp seedlings in a greenhouse, and transplanting them to a field. The 700 plants she started with were barely enough to cover the state-mandated minimum of 2.5 acres. About 200 of them died as she experimented with irrigation methods. She expects to harvest the flowers in October, and chop the plants and turn them into compost.

"There's a lot of money now in CBDs," Walker said. "But if you want an industry that is long-term, a lot of us want to grow for fiber, which has huge potential. The problem is getting the seed."