How Your Carton of Milk Could be Changing

The dairy industry is eyeing package innovations to boost slumping sales. Changes could include products such as milk cartons that don’t require refrigeration until they’re opened. Shifting consumer habits, more drink choices and a lack of dairy product innovation are behind the steady decline in milk sales. 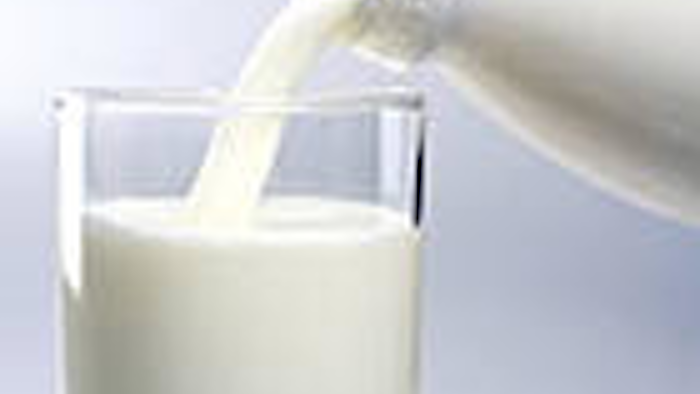 With sales of milk as a beverage at the lowest level in more than 30 years, the dairy industry is fighting back with a $500 million campaign that includes products such as milk cartons that don’t require refrigeration until they’re opened.

Total U.S. beverage milk sales were about 52 billion pounds in 2013, according to the most recent available figures from the U.S. Department of Agriculture. That’s about six billion gallons, the lowest level since 1982.

Changing consumer habits, more drink choices and a lack of dairy product innovation are behind the steady decline in milk sales, according to the industry.

While Americans consume about the same number of gallons of beverages as they did in the past, they’re drinking a lot less milk.

Beverage milk sales have fallen to such a low level, it may be impossible to curb the decline if the new campaign fails, said Tom Gallagher, chief executive of Dairy Management Inc., a national organization that promotes dairy products and is funded by dairy farmers.

“The numbers are devastating. At some point, milk could become an irrelevant beverage for the average consumer,” Gallagher said.

The new campaign stems from an alliance between Dairy Management Inc. and seven business partners including Dairy Farmers of America, a cooperative that represents thousands of farmers nationwide, including Wisconsin.

“We need to understand consumer trends. We can’t just put a gallon of milk on a shelf and hope someone buys it,” Massey said.

In an effort to appeal to children, milk has been sold in small packages that resemble a cow’s head. There’s also been more emphasis on aseptic packaging, which allows milk to be kept unrefrigerated on a store shelf, much like a juice box.

“We are still a country where people want to buy milk refrigerated,” Gallagher said, but there are cost savings for businesses if milk could be moved on non-refrigerated trucks or could be stored without having to be kept cold.

With construction of milk packaging plants, the campaign could easily exceed $500 million, according to Gallagher with Dairy Management Inc.

Most of the money will come from the dairy cooperatives and food companies behind the effort, although some of it will come from dairy farmers through a national program that collects 15 cents for every 100 pounds of milk produced. In the industry, it’s called the “dairy checkoff” program.

Dairy Management Inc., which is funded through the dairy checkoff, will provide help where it’s needed in areas such as consumer testing, product development and marketing.

“Depending on the partner, we are able to morph to what their particular needs are,” Gallagher said.

Dairy Management Inc., based in Rosemont, Ill., has worked closely with McDonald’s and other fast-food restaurant chains to boost sales of dairy products.

“McDonald’s has spent more money on marketing milk and other products we have developed with them, than we could ever spend. And that’s just one company,” Gallagher said.

Generic advertising campaigns, such as the “Got Milk?” slogan, didn’t slow the sales decline. The problem was the dairy industry lacked the products and packaging needed to attract consumers, Gallagher said.

“It would be like Coca-Cola doing great advertising but not having a product that matched it,” he said.

Most of the milk from Wisconsin dairy farms is used to make cheese. Dairy Management Inc. says it’s had success with cheese promotions, including developing new products used in the pizza and fast-food businesses.

Sometimes, even small amounts of milk used by consumers add up to large amounts overall. Quaker Oats, for example, has changed its oatmeal cooking recipe to include milk instead of water.

That change could add up to millions of additional gallons of milk sold at a time when cold cereal sales, and the milk poured on cereal, have been declining.

Not everyone backs the efforts to promote dairy products, including the group Physicians Committee for Responsible Medicine, which favors a vegan diet.

That group is critical of the dairy checkoff program, saying it’s a hidden tax collected by the U.S. Department of Agriculture to promote the dairy industry.

“Dairy Management Inc. tries to convince restaurants to throw cheese on everything they can think of. It spends millions of dollars working with fast-food chains to develop and actively promote cheese and other fatty, high-calorie foods,” said Mark Kennedy, director of legal affairs for Physicians Committee for Responsible Medicine.