University of Wisconsin researchers have developed a new variety of organic corn called “Who Gets Kissed?” The sweet corn was named in honor of a game played decades ago at corn “husking bees,” said university officials, when communities gathered to husk corn and dance. 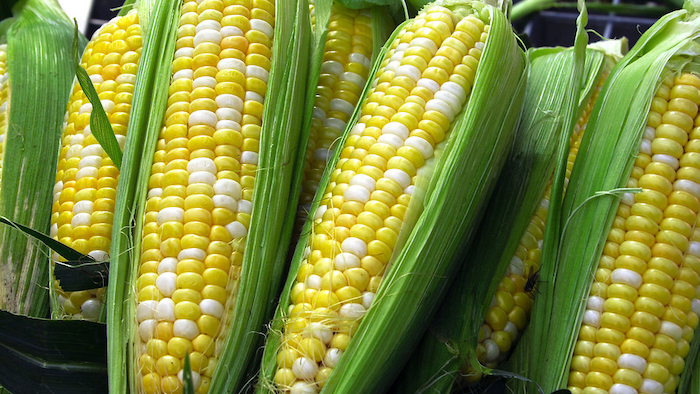 University of Wisconsin researchers have developed a new variety of organic corn called “Who Gets Kissed?”

The sweet corn was named in honor of a game played decades ago at corn “husking bees,” said university officials, when communities gathered to husk corn and dance.

Corn was more diverse then, they said in a news release, and when someone found an ear with all red kernels, they could choose one person in the group to kiss.

The new variety took seven years to develop, and involved scientists in the university’s agronomy department and the nonprofit Organic Seed Alliance, based in Washington state.

A Minnesota farmer initiated the quest by asking the alliance to help him find an organic sweet corn variety that could tolerate his farm’s cool soils. The alliance connected him with UW-Madison professor and corn breeder Bill Tracy, who was already working on cool soil ­emergence with sweet corn.

“Who Gets Kissed?” has yellow and white kernels, and is the first of a series of organic, open-pollinated sweet corns being developed by the university and the alliance with help from farmers and plant breeders. It will be available for purchase next year through High Mowing Organic Seeds.

The project was funded by the Organic Farming Research Foundation and the USDA’s Organic Agriculture Research and Extension Initiative.