The House approved two bills aimed at speeding up drilling for oil and natural gas on public lands. 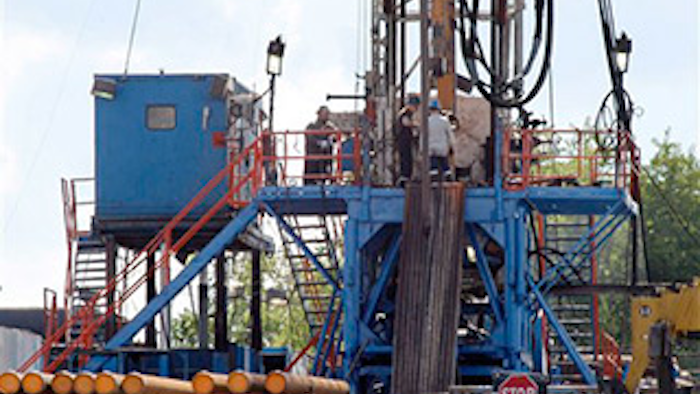 The measures were among three energy bills the House is considering this week as Republicans who control the chamber push to expand an oil and gas boom that's lowered prices and led the U.S. to produce more oil last month than it imported from abroad.

One of the bills approved Wednesday would set strict deadlines for federal approval of oil and gas permits and expand areas open to production. Another would restrict the Interior Department from enforcing proposed rules to regulate hydraulic fracturing, or fracking, on public lands.

Supporters say the bills are needed to ensure that a drilling boom taking place on state and private lands extends to millions of acres, mostly in the West, under federal control.

President Barack Obama has promised to veto the bills, saying they are unnecessary and run counter to protections put in place for oil and gas drilling.

Rep. Doug Lamborn, R-Colo., who sponsored the bill to speed up permitting, said the current energy boom has mainly occurred on state and private lands, including the Bakken formation in North Dakota and Montana and the Marcellus Shale region centered in Pennsylvania, Ohio and West Virginia. Drilling also is booming in traditional production states such as Texas, Oklahoma and Louisiana.

"The only reason we haven't seen that same dynamic growth on federal lands is because of excess regulations," Lamborn said.

Lamborn's bill would deem a drilling application approved if no decision is made within 60 days, set a minimum threshold for lands leased by the Bureau of Land Management and charge a $5,000 fee to groups that protest lease permits. It also would open up Alaska's Arctic National Wildlife Refuge to oil and gas exploration.

The House also approved a separate bill that would block the Interior Department from enforcing a proposed rule on hydraulic fracturing on federal lands in states where drilling regulations are already in place. The bill, sponsored by Rep. Bill Flores, R-Texas, was approved 235-187.

Hydraulic fracturing, also called fracking, involves pumping huge volumes of water, sand and chemicals underground to split open rocks to allow oil and gas to flow. Improved technology has allowed energy companies to gain access to huge stores of natural gas underneath states from Wyoming to New York but has raised widespread concerns that it might lead to groundwater contamination and even earthquakes.

A draft rule issued this spring would require companies that drill for oil and natural gas on federal lands to publicly disclose the chemicals used in fracking operations. A final rule is expected next year.

Lamborn said his permitting bill would reduce federal "red tape" and cut down on "frivolous lawsuits that act as stumbling blocks to job creation and energy development."

Democrats and environmental groups called the bill a handout to the big oil companies and said it would gut important environmental protections and stifle efforts by the public to intervene in drilling decisions.

Rep. Steny Hoyer of Maryland, the No. 2 Democrat in the House, called the energy bills a waste of time, since they were unlikely to be taken up in the Democratic-controlled Senate and faced veto threats from Obama.

Hoyer called the energy bills "the fiddle on which we are playing while Rome is burning," adding that the bills "distract and delay this body's critical attention to the issues of critical concern to all Americans," including adoption of a federal budget and passage of a farm bill and immigration overhaul.

Flores called the fracking bill an important step to reaffirm states' rights to determine energy production, as well as a way to create jobs.

Because of fracking and other techniques, the U.S. could be "energy secure" by 2020, Flores said. "This is a goal we should pursue, just as we did in the 1960s to put a man on the moon."

"That's why it's important that the Interior Department put in place a regulatory floor of safety measures to assure that there are at least minimal protections in place on all public lands in all states," he said.