Alaska Pushes Back Against EPA

Alaska Attorney General Michael Geraghty is pushing back against the U.S. Environmental Protection Agency after it took a step that could ultimately lead it to prohibit or restrict development of a massive gold-and-copper prospect in the Bristol Bay region. 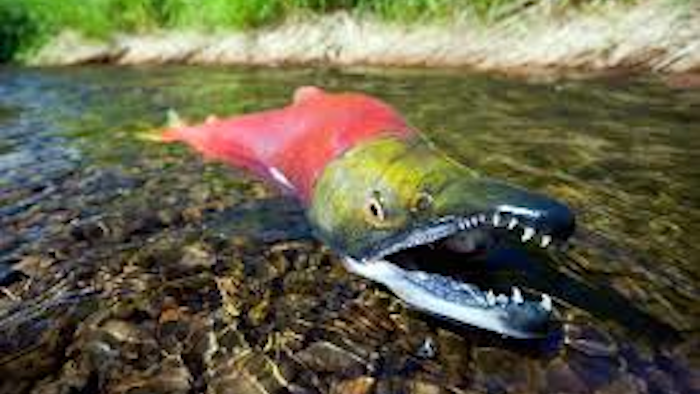 JUNEAU, Alaska (AP) — Alaska Attorney General Michael Geraghty is pushing back against the U.S. Environmental Protection Agency after it took a step that could ultimately lead it to prohibit or restrict development of a massive gold-and-copper prospect in the Bristol Bay region.

The EPA announced Friday that it was exercising a rarely used authority under the Clean Water Act to protect the region's world-premiere sockeye salmon fishery from large-scale mining.

In a letter to agency officials that day, Geraghty called the EPA's actions premature and said they prevent the state — the majority landowner in the watershed — from "exercising its rights and responsibilities in response to an actual mine proposal."

The state, those behind the proposed Pebble Mine and the U.S. Army Corps of Engineers had 15 days from Friday's announcement to submit information showing no "unacceptable adverse effects" to aquatic resources would result from mining-related discharges or that actions could be taken to prevent such impacts, according to a letter sent to them by Dennis McLerran, a regional administrator with the agency.

While regulations call for responses within 15 days, he said a "reasonable extension" could be granted.

If McLerran is not satisfied with their response, the agency would publish proposed restrictions or prohibitions on mining at the Pebble deposit and gather public comment. There would be a second round of consultation before a final decision was made.

Geraghty said "good cause" existed to stop the clock on that 15-day response period until permit applications for the project are submitted and reviewed by the state and federal governments. He requested a meeting to discuss the request in person.

It is not clear when the project might move into the permitting phase. Northern Dynasty Minerals Ltd., the mine's owner, has been looking for a new partner after Anglo American PLC announced last year that it was pulling out, saying it needed to prioritize its projects.

EPA officials have said the agency, at any point, could decide further action on its part is unnecessary.

Geraghty called 15 days inadequate to respond to a potential federal action that will have "enormous" impacts on the regulatory rights and responsibilities and economic well-being of the state.

He also said the permitting review process "of an actual proposed project is essential" to the state being able to respond to conclusions reached by the EPA. He said it is also is "impossible" for the EPA to make a pre-emptive decision or know what "corrective action" might be necessary, before those reviews are done.

The agency, in a report released in January, found large-scale mining in the Bristol Bay watershed posed significant risk to salmon and could adversely affect Alaska Natives in the region, whose culture is built around the fish.